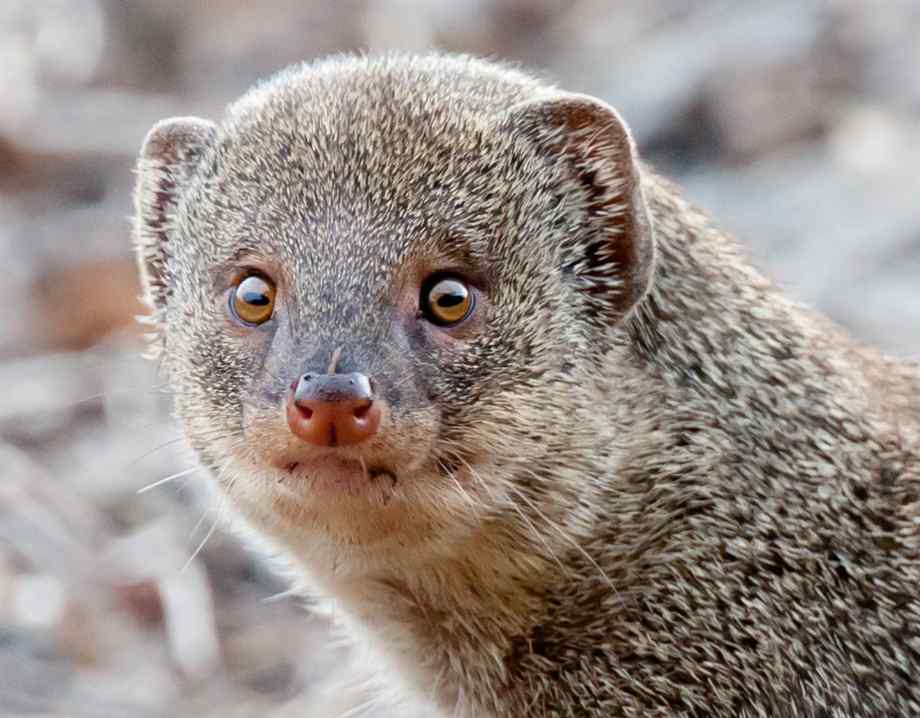 ‘Doing something’ with our thinking so as to make it go away and stop troubling us is the same as ‘doing something with an issue so the issue will not be an issue any more’. Both of these endeavours have exactly zero chance of ever working, which is obviously a pretty important point to understand. We could waste a lot of time otherwise.

The problem with trying to get rid of issues is fairly easy to get to get a handle on. We can explain it like this –

My attempt to deal with an issue so as to ‘cope with it’ (or ‘get rid of it’, or somehow ‘put it back in its place’) is in fact part of that very same issue.

Someone has told the story of meeting, on a train, a weird gentleman who took a bag down from the rack, opened it, extracted from his pocket a cabbage on the end of a string, and began to dangle it into the bag. Consumed with curiosity, the traveller asked what was in the bag and was told that it was a mongoose. “Well, why do you carry a mongoose?” “Alas,” said the gentleman, “I am an alcoholic and suffer from delirium tremens, so that I need this mongoose to keep away the snakes.” “But surely you realize that those snakes are only imaginary?” “Yes indeed,” he answered, “but so is the mongoose.”

If I say that something is ‘not real’, this is self-contradictory because if this something is not real then why am I going to the trouble of defining what is not real in the first place? After all, there are an infinite number of things that are not real and so why don’t I define all those unreal things too? Why am I not bothering to say that all those unreal things are unreal too? Surely all unreal things have an equal status and this being so surely I shouldn’t be taking any one of them more seriously than the rest?

The same is true for issues. If I say that some particular thing is not an issue then why don’t I mention all the other things that are also not issues? (Apart from that fact that it would take me an infinite length of time to do so since there are an infinite number of other non-issues out there to mention!) Obviously the other non-issues are not so much of an issue then. It is clearly more important to me that this so-called ‘non-issue’ should be said not be an issue, which clearly shows that it actually is an issue.

In point of fact as soon as I mention anything whatever it is that I have mentioned immediately becomes an issue by virtue of the mere fact that I have mentioned it, by virtue of the fact that I have thought it worth mentioning. There is absolutely no way out of this. No one can ever extricate themselves from this trap: if a billion super-evolved genetically-engineered geniuses wearing high-powered brain-amplifiers laboured for a billion years they still wouldn’t stand even the remotest chance of getting out of this one. After all – the very fact that they are trying to escape from something means that there must be something to escape from in the first place!

This same principle applies to thoughts: if I say that a particular thought is not real or not important then I have made myself a liar as soon as I say it. We do not need to say that unreal things are unreal (or that unimportant things are unimportant) and so just as soon as we do start saying something like this then it all becomes very suspicious indeed. In order to say that something doesn’t exist I first need to specify what it is that supposedly doesn’t exist, and that in itself is hopelessly paradoxical! I point my finger at something, dramatically draw attention to what I have just pointed at, and then – after going to all the trouble to do this – I say that what I have drawn attention to isn’t worthy of attention!

This can be best explained in terms ‘taking thoughts seriously’. If my thoughts are troubling me, then by definition I must be taking the troubling thoughts seriously. If I wasn’t taking them seriously – but rather just letting them flit freely through my mind – then there would be no bother, no trouble. In fact this is one way to define what we mean by thinking – a thought is a latent possibility (one of infinitely many) that for some reason I have started taking seriously. In Eastern terms, a thought is an attachment. In Western rational culture when people are troubled by their thoughts we advise them to follow certain prescribed methods to make these thoughts less of an issue, quite unaware of the paradoxicality (which is to say, futility) inherent in this.

On the crudest level of intervention this might involve shouting “No!” when we have the thought, or pinging ourselves on the wrist with an elastic band when the thought comes into our head again. Quite obviously, if am trying to get rid of a thought by some method this means that I am taking the thought in question very seriously indeed and the fact that I am taking it so seriously makes the thought more powerful not less. I might try to distract myself from the troubling thought by thinking about something else, or I might try to ‘put the thought back in perspective’ or modify it in some way to make it less troubling, but this is still taking the thought in question seriously. I’m just being a bit cleverer, a bit more sophisticated than I was when I simply said “NO” to the thought.

Again, anything I do to reduce or eliminate or otherwise control the thought is going to make that thought more powerful and as we have said there is absolutely no way out of this. How could there be? And even if I get ‘extra clever’ and deliberately try not to take the thinking seriously this ploy is itself serious. All ploys, all strategies, all methods, all deliberate approaches, are all by definition serious (which is to say, they are all – without exception – based on attachment).

Once we understand this properly then we understand that there is nothing to do, that all ‘doing’ is grim and humourless and desperately serious. All purposeful doing is attachment. What frees us is the light touch and anything deliberate is never light because anything deliberate is always ‘grasping for a goal’. To say that purposeful action always has a ‘serious agenda’ connected with it is the same as saying that purposeful action is always driven by the secret (or not so secret) fear of not achieving that agenda.

Seeing the contradiction in what we’re trying to do means that we relax in our efforts. We loosen up and see the humour in the situation. Being less serious about what we are trying to do is the same thing as ‘gaining a lighter touch’ and saying that we have ‘gained a lighter touch’ is the same thing as saying that we have gained in mental freedom. We’re free from the perceived need to fight against, manipulate or control our thinking. We are free from the thought that we need to do something about our thoughts!