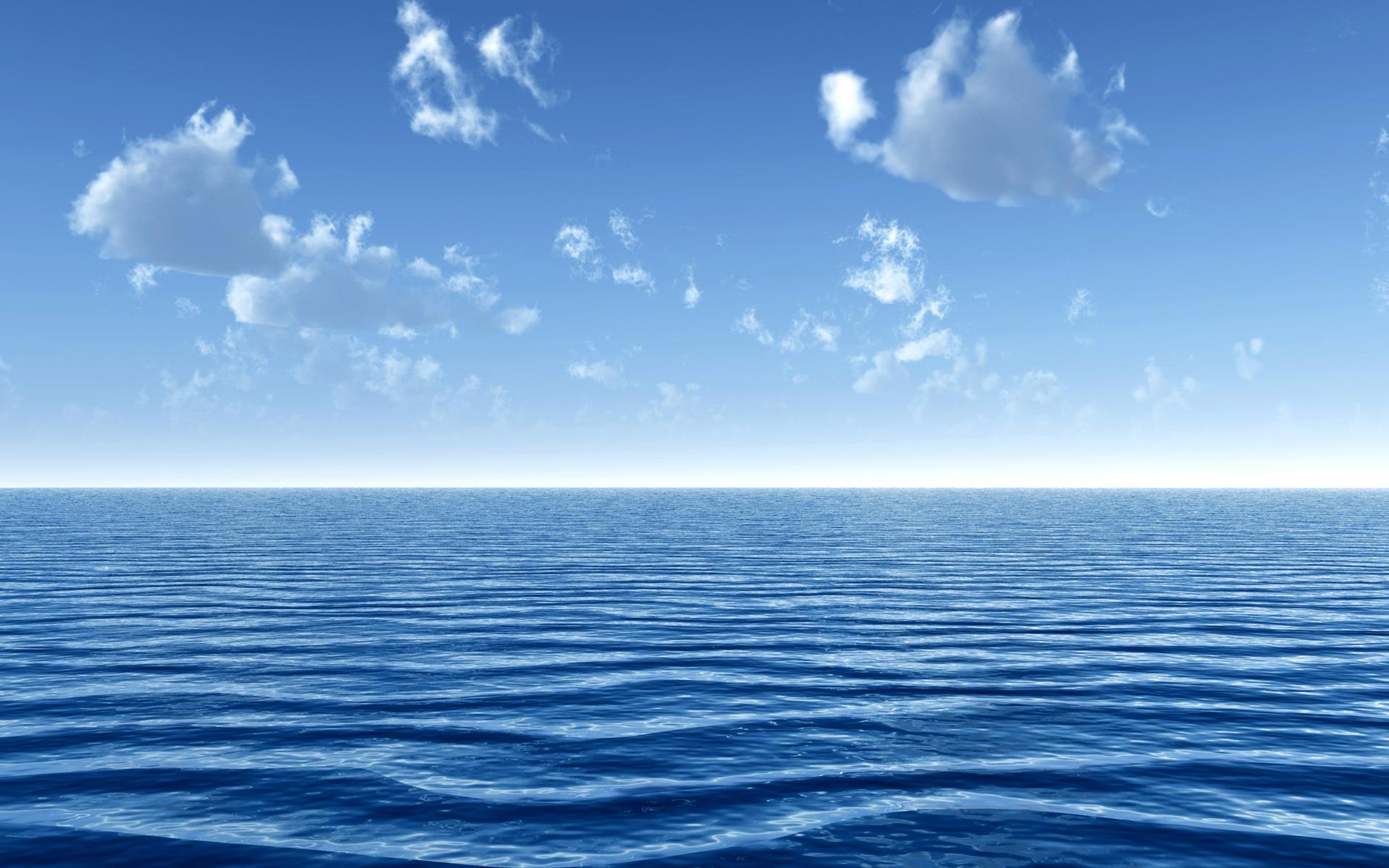 If we were to ask what the key characteristic of the process (or flow) of life was, one answer would be “the lack of any me, the lack of any defined self or identity”. This is actually a tautological answer since we are really only restating the question all over again in slightly different words. All we are really saying here is that the key characteristic of a flow is the lack of stasis in that flow, the lack of ‘staying still’ in that flow. This isn’t any sort of an answer at all therefore, but at the same time it’s the best answer that we’re ever going to get!

Inasmuch as we are alive we are always going to be part of the flow of life. We can’t really avoid that, even though it might seem to us as if we can. Our true nature, which can never be taken away from us, is this flow which has no defining characteristics other than being a flow. At the same time it also true that we don’t generally know ourselves to be this flow. How can we, if we see ourselves to be this ‘me’, this ‘defined identity’? To see ourselves as being this me, this defined identity, is to be in denial of the flow. This is how it works. This is the only way it can work. This is the only way a static picture can be a static picture, by being in denial of the ongoing flux. Were the static picture (or form) not to be in denial of the flow, then it would straightaway dissolve back into that flow. It would be lost forever in the flow like a raindrop falling into the ocean.

Stating matters like this allows us to clearly see what we might call the essentially ‘oppositional nature’ of our ordinary situation, which is to say, the way in which we live our lives in denial of what life truly is, in denial of who we really are. As we have suggested, we very rarely experience ourselves as ‘the flow’ – on the contrary, we experience ourselves as being ‘the static form’, we experience ourselves as being the viewpoint of the unchanging ‘me’ that carries on from moment to moment in a remarkably constant (or consistent) fashion. The oppositional nature of our situation derives from the fact that we can’t play it both ways – i.e. we can’t be ‘in the flow’ and yet at the same time experience ourselves to be this unchanging ‘me’. If we are experiencing ourselves to be this clear-cut, invariant identity, then this necessarily means that we are in denial of the flow, which has no me in it, and – contrariwise – if we are in the flow (if we are aware of being the same as this flow) then this means that we can’t help seeing that there is no me, that there is no defined identity.
Living life as the defined identity, the constant me, brings its own problems with it, to put it mildly. This is the default viewpoint, but it is also the ‘suffering-producing’ viewpoint. When we abstract a static picture, a static form, from the ongoing flow (which is the same sort of thing as taking a snapshot of a fast-running mountain stream) then we are substituting a two-dimensional appearance for the living reality. We are saying that the hollow appearance is the genuine reality. We are creating – as Wei Wu Wei indicates – a world that is made up entirely of outer surfaces, an exteriorized world that is made up of outsides without any insides. This is after all what the thinking mind deals in; this is all the thinking mind can deal in – static pictures, definite statements regarding ‘how things are’. Everything gets slotted into some fixed category or other. Everything gets seen in terms of equilibria – goal-posts that we are forever aiming at, fixed states of being that we are forever trying to approximate. There is a ‘fixed framework’, in other words, and we have to accommodate or adapt ourselves to it as best we can…

How well we see ourselves as doing in life is thus measured in terms of how good we are at fitting in to this given framework. How well we are doing is measured in terms of many ‘goals we can score’, in terms of how well we can approximate these fixed states. When we make ‘how things are’ be equal to ‘how we would like things to be’ then we call this success and success is the thing we are constantly straining for. Success is what counts – success is the only thing that counts. And yet this ‘success’ that we are constantly trying to achieve (and which we are mortally afraid of not achieving) is actually a state of being abstracted from reality, a state of being removed from reality. We are struggling to escape from the flow of life, and this is what we call ‘success’.

We only want to be what we can think of being, in other words, and yet ‘what we can think of being’ is necessarily unreal since it is a static description of a non-static reality. On the one hand we have the fixed outcome that we are so single-mindedly trying to achieve, and on the other hand we have the one who is busy struggling to achieve the fixed outcome, the one who hopes very much to achieve it, the one who will feel great satisfaction upon achieving it. But both of these are abstractions creating by the thinking process. Actually, both ‘the goal’ and ‘the one who strives to realize the goal’ are the very same abstraction, seen from different sides.

If there is a goal, then there must be the one who is to achieve it; if there is an advantageous situation, then there must be one to who this advantage accrues. ‘Winning’ and ‘the one who wins’ cannot be separated – how can we have one without the other? Is there winning without a winner, or a winner without winning? Both the player of the game and the station of being an accredited or proven winner in that game are constructs of that game, artefacts of that game. Or if we may put this another way, both the one who seeks to obtain the goal and the goal that is to be obtained are concepts (or categories) of the thinking mind.

To be abstracted from the groundless flux (i.e. to be removed from the ongoing dynamic flow of life) is to be, as Colin Wilson says, “A thing in a world of things”. You look in the mirror and you see yourself as an object looking back at you. You are trapped in the objectified state. You see yourself as an object adrift in a world made up of other objects – this is what our situation always looks like from the point of view of the rational mind. The rational mind has no other way at its disposal to see the world – its modality of functioning is to break everything up into isolated (or bounded) objects, objects whose nature is to exist ‘out there’ as fundamentally separate entities. This isn’t really true – it’s just the view that the thinking mind creates for us, the picture that it presents us with. It is nevertheless the way we believe the world to be when we take the view presented to us by the thinking mind as being ‘objectively true’. This is an ironic term itself – the very notion that there could be something called ‘objective truth’ is an artefact or construct of the thinking mind! This is its own assumption…

If we were to reconnect with the heart of everything (which is a possibility that doesn’t make any sense to the rational mind) then we would no longer believe ourselves to be a thing living in a world of things. We would no longer see the world as being made up of lots and lots of fundamentally separate objects. The divisions that we superimpose on the world come out of our thinking, out of the assumptions we need to make if we are to engage in thinking. The ‘interconnectedness’ that joins up all of these supposed things, on the other hand, was there all along – we didn’t invent it, we didn’t ‘make it be there’. We could say that it is the interconnectedness (rather than the apparent world of separate things) that is the ‘objective reality’, only it isn’t right to say this either because the non-dual world is not actually ‘objective’.

The possibility of there being ‘an objectively true’ view of the world depends on there being a subject/object split – it depends upon there being a mental compartment called ‘self’ and a mental compartment called ‘other’. It depends upon a thing called ‘me’ and an aggregate of things all lumped together as ‘the rest of the world’. These two polar constructs are not – as we have said – two different things – they are the very same thing. Both ‘subject’ and ‘object’ are products of the framework that is being used to make sense of the world. They are products of the ‘divide’. The self and its objects both equal, in other words, ‘the everyday thinking mind’.