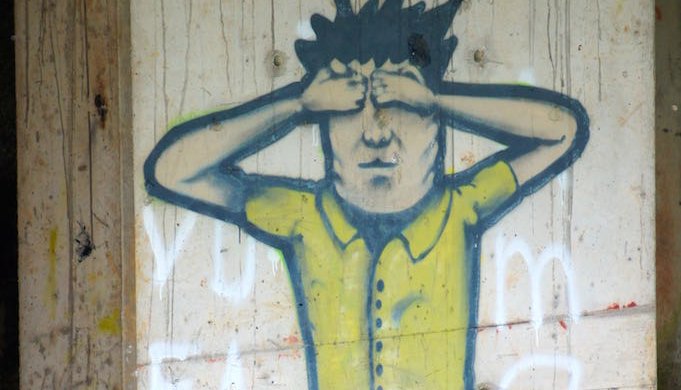 I can’t make myself be in the present moment. I can’t push or coax or cajole myself to be ‘in the now’ – that’s just not the way it happens. I can’t achieve this by following any method or developing a skill in using any particular technique. The reason for this is simple – there’s no me in the present moment!

Understanding this rather tends to take the wind out of our sails. If being in the stillness of the present moment is so great then who is it great for? Who benefits? The whole thing sounds rather perplexing – I can’t in any way cause myself to be ‘in the now’ and that’s because there isn’t a me in the now and never could be. So what the ‘me’ – who is the wanter, the desirer, the planner and striver – is trying to do is get rid of itself and this isn’t really what it set out to do here!

From the point of view of the self which seeks to instigate all this, the whole business of ‘being in the now’ – which sounds so marvellous and so straightforward – is fraught with paradox. It’s not quite so straightforward after all. The purposeful self is all about skills, all about methods, all about techniques; it loves accumulating ‘know how’, recipes or algorithms for how to do things. And yet there is no skill, no technique, no strategy for reaching the state of non-separateness! There is no algorithm for it; no matter how smart you might happen to be there is still absolutely no way for you to ‘hack into’ the present moment…

The big question –and the question that we tend to skip over very quickly – is “Do we really want to surrender our ‘separate sense of ourselves’ (and there is no sense of self that isn’t a ‘separate sense’, that does not involve separation)? If I say that I do want it, that I do want to surrender this sense of being separate then straightaway we have this old paradox again because the sense of separateness which is the self can’t want to lose its separateness. It is functionally incapable of wanting this. How can it want what it can’t conceive of, what it can’t ever hope to understand? The self can only ever desire its understanding or idea of what ‘unity’ means and that is a very different sort of thing altogether.

Being a ‘separate sense of self’ (or seriously imagining ourselves to be ‘selves’, if that isn’t too clumsy a sentence-construction) is always to incur irreducible pain. There’s no way for us to see things from the point of view of the self without creating pain that we can’t ever shake off, suffering that we can’t ever off-load. This pain – which in the usual run of things is not experienced for what it is – gets projected onto the outside world where it appears in the form of ‘attractive possibilities’. Or in the form of ‘goals’, as we might also say. We then experience desire towards these attractive / alluring possibilities which on an inaccessible level of our consciousness we equate to ‘an end of the pain of our separation’. All purposeful or goal-orientated behaviour (unless its carried out perfectly consciously) is an attempt to find our way back to the source that we are cut off from without knowing that we are cut off. It could be said therefore that all of our trying, all of our striving is at root the attempt to complete ourselves since deep-down we can’t help feeling that we are painfully incomplete…

We don’t really want to complete ourselves however because ‘completing ourselves’ means losing the only sense of ourselves that we have, which is our separate sense of ourselves. Completing ourselves means losing ourselves therefore and this was never really on the agenda. Nothing is actually being lost however because the thing that we think we’re losing is the sense of us existing separately and we never existed separately in the first place. We never had this! We’re losing the sense that we had that there was some kind of ontological security there, some way of effectively ‘checking up on ourselves’ so as to make sure of ourselves, but this imagined ‘ontological security’ doesn’t actually exist anyway. It’s a trick we play on ourselves!

But even though in reality there is ‘nothing to lose and no one to lose it’ the paradox remains. The paradox is that if I say that I want to be ‘one with everything’ (i.e. no longer separate) I don’t really. I like the idea of it (i.e. I like what that idea means to me) but because that ‘me’ doesn’t exist in the first place this idea that I have of unity is a red herring through and through.  What this idea of ‘being one with everything’ means to me is of course all about me and has nothing to do with ‘unity’ itself (which as we keep saying has no me in it).

Another way of approaching this paradox is to say that wanting always involves the wanter. There can be no such thing as wanting without the wanter. What this means therefore is that the whole idea of ‘wanting to end separation’ is inescapably jinxed. We never really want to end separation; we never really want to end the sense of there being a separate self. We just think we do. It’s a lie that we do because the very wanting itself creates the sense of separation!

Wanting to be in the present moment is thus a perfect paradox. Wanting to be ‘in the now’ excludes us from the now. “I want to end the sense of separation between me and everything else” is a statement that perfectly contradicts itself! The self only exists because it is not in the present moment. The alienated, isolated egoic self wanting to be reunited with everything, reunited with the ground of its being, is perpetuating its alienation, perpetuating its isolation. This is the game the separate self plays without acknowledging that it is playing any game. Wanting is my way of surreptitiously perpetuating myself – ‘wanting’ is the game.

This is exactly our situation when we are trapped in the idea of ourselves which is the ‘separate sense of self’. All we can do is fantasize about ‘doing something about it’ – a fantasy life is our only option because deep down we know very well that we’re never actually going to ‘do something about it’. If there’s one thing that’s for sure it’s that we’re never actually going to put our money where our mouth is! That was never on the agenda; that was never a possibility. We know deep down that we don’t have the slightest intention of ‘doing anything about it’ but at the same time we’ll never admit this to ourselves. All we can ever do is complain about our situation not being right and make out to ourselves that it’s always the fault of someone else that we’re not free, not happy, not peaceful, etc.

This then is the dilemma of the insincere self which is functionally incapable of knowing itself to be insincere. No matter what we do on this basis (on the basis of our unacknowledged insincerity), no matter how hard we try, no matter what promises we make to ourselves, we’re never going to be able o get past this central paradox, this central flaw. Nothing we can do is ever going to get us out of this mess because the one thing that we could do is also the one thing that we never ARE going to do!

Everything I do as ‘my idea of myself’ is based on an unexamined self-contradiction so of course that’s never going to get me anywhere! This is like saying that nothing I do on the basis of a lie is ever going to get me anywhere. Anything I do is only ever going to add to the lies, add to the insincerity. And yet the whole time the way out of the mess is delightfully simple – all I need to do is see the paradox. All I need to do is be honest with myself about that the fact that I don’t really want to do what I say I want to do. This honesty will set me free. It will free me from the game that I am playing without knowing that I am playing – the painfully-frustrating game of being this ‘separate self’….