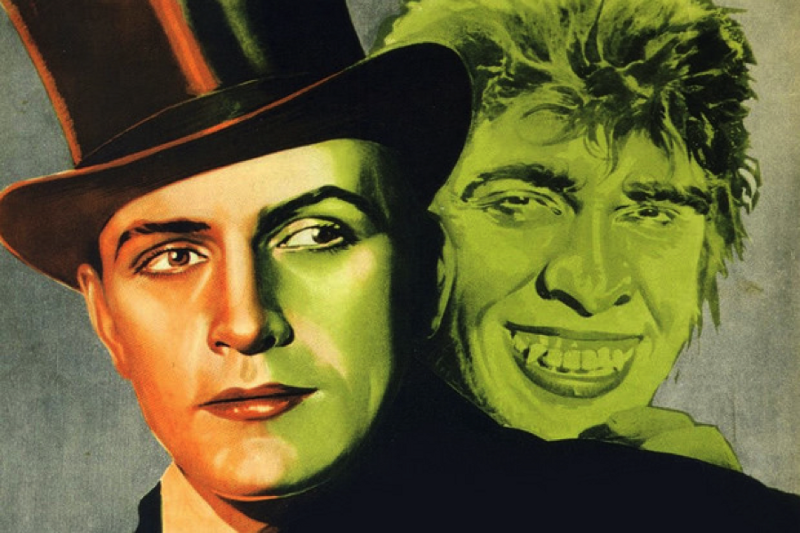 ‘Reactivity’ is a curse from which we all suffer to some degree or another. Something or other (an event or something someone says) happens and instantly I am plunged into an overwhelming emotional and/or physical reaction. All of a sudden I am ‘not myself’ – I am plunged into a negative state of mind and am likely to say or do things that are not characteristic at all of my normal self. This sort of dramatic ‘Dr Jekyll and Mr Hyde’ type transformation really is the stuff of everyday life and yet – at the same time – it is nevertheless a very strange sort of thing to happen. After all, I am myself and so how is it that I can turn into someone different at the drop of a hat? How is it that a kind, fair-minded and humorous person can turn into an unkind, unfair and utterly humourless caricature of themselves? It is no wonder that the ancients used to explain the more extreme and long-lasted examples of this phenomenon in terms of demonic possession.

Reactivity is so much a part of everyday life that we don’t really think very much of it. We could in fact take the position that to react to what goes on around us is the same thing as ‘having an emotional life’ – we could simply say that ‘reactions’ are the same as ‘emotions’ and that if we didn’t react we wouldn’t be properly human any more. This is probably what most people would say, if you stopped them on the street to ask their opinions about it. On the other hand, we could also take the position that it is our freedom from reactivity that makes us human. We could say that when a person has no capacity to be in a challenging situation without ‘automatically reacting’, then they are not properly human. After all, if what I feel and think and do is merely the mechanical result of an interaction between ‘trigger’ and ‘conditioned response’ then where do I come into all this? I don’t need to be there at all – and in fact I actually am not there. All that is there is the habitual response – the inflexible and terminally unreflectIve robot that I have elected and empowered to take over the job of running my life for me.

In a reaction there is no trace of an autonomous consciousness, no ‘I’ which is independent of the world around it. This is like a person who always agrees with the prevailing opinion, who always thinks the same way as his or her companions. If I always agree with the people around me then obviously my opinion is not worth a damn. After all, I am bound to be continuously contradicting myself since I may support a certain viewpoint right now and yet be totally against it ten minutes later, depending on who I am with. My position is not autonomous, it simply depends on what is going on around me, and so I might as well not be there at all. After all, I am not exactly adding anything different or new to the situation.  It is easy to understand this argument with regard to a person who only reflects the views of others but less easy to see how it relates to cognitive or emotional reactions. The point is that when I react I automatically lose my autonomous or independent consciousness, and become totally controlled by something that is imposed upon me from outside. I am controlled by external mechanical factors.

What I am being controlled by has – we might say – an interior and exterior aspect. On the one hand we could say that I am being controlled by external events. If things go well then I am a happy person, if things don’t go well I am an irritable and angry person. I am therefore a puppet, not a true individual at all. I have no ‘autonomy’. Or to take another example – if everyone says I am wonderful I feel good about myself but if people look down on me I feel very bad about myself. Again, I am nothing but a puppet, waiting for others to pull my strings. I am a helpless bit of flotsam, bobbing up and down on the waves of arbitrary public opinion. I am always allowing myself to be defined according to ‘external pressure’.

On the other hand, it could equally well be said that I am being controlled by the ‘internal pressure’ of my thinking, and the pressure that this thinking is putting me under. This is what is something called ‘like or dislike’ – my thoughts (or my ‘evaluations’) tell me that one thing is good and another is bad and so I am then under pressure to obtain the one and avoid the latter. We don’t usually perceive this as ‘pressure’ (or as ‘being controlled by our thinking’) because we don’t see any conflict there – it is only when our thinking directly causes us distress that we start to realize that our thinking functions more as a dictator than an obedient servant. It is our thinking that causes us to react instead of responding with intelligence and sensitivity and it is therefore our thinking which is responsible for perpetuating our ongoing state of pain and confusion. We don’t actually see ourselves to be in ‘a state of pain and confusion’ and herein lies our problem. We are convinced – for the most part – that it is possible to respond intelligently and sensitively on the basis of rational thought. Yet the thinking mind can never be sensitive; thoughts are not sensitive, concepts are not sensitive, so how can the rational/conceptual mind be sensitive?

OUR THOUGHTS ARE ALWAYS AGGRESSIVE

Thoughts (or concepts) are like solid objects which have no flexibility to them – they are the shape that they are and that’s all there is to it. Our thoughts determine what the world looks like to us rather than vice versa; a particular thought, a particular concept will always make the world seem the same way! The thought or concept stays the same and we have to try to change the world to suit it. This is where the ‘like and dislike’ comes in – like and dislike is all about control and control is how we try to adjust the world (and ourselves) to our rigid or unchanging ideas about it. When like and dislike is all we know (which is the same as saying ‘when we have no actual sensitivity to things’) then we are forever trying to make the world be the way we think it ought to be and this spells nothing but suffering – naturally it spells nothing else but suffering since we are never going to succeed in this endeavour. And even if – hypothetically speaking – we were able to convert the world into a perfect copy of what we think it ought to be like, this would not be a good thing! Succeeding in getting things to be the way we think they should be (which is pure naked aggression) wouldn’t be a good thing because then the whole world would simply be an echo of our unexamined assumptions or prejudices and this would be a terribly hollow (or redundant) situation. That wouldn’t be ‘life’ so much as a horrible mockery of it…

Reactivity doesn’t come from us, therefore – it comes from the thinking mind. The huge pressure we feel acting upon us, and causing us to do this or that before we even know what we are doing or why, has nothing whatsoever to do our own true nature. When we feel either very afraid or full of intense desire this has nothing to do with our own true nature; that is simply the ‘external mechanical factor’ either pushing us or pulling us. Our true nature shows itself when we are not being totally controlled by the thinking or reacting mind and it is marked by sensitivity rather than aggression. ‘Sensitivity’ is – we might say – the lack of mechanical aggression and the lack of mechanical aggression means that we are interested in the world for its own sake, rather than being interested in it for ‘what we might be able to do with it’, or ‘how we might be able to change it’. If I am sensitive to the world then I actually have a relationship with it; if I am sensitive to myself then straightaway I have a relationship with myself.  With aggression on the other hand there is never any relationship with anything – there is no relationship with the world and there is no relationship with myself! Aggression is a ‘terminal state of non-relatedness’ therefore and this is the state we find ourselves when all we know is reactivity.

Reactivity is a curse – it’s a curse because all it ever does is to cause us to suffer. Either we’re constantly struggling and straining to obtain something that doesn’t exist (but which is only a reflection of our own unexamined assumptions about the world) or we’re struggling and straining to avoid something that doesn’t really exist. What kind of a life is this, we might quite reasonable ask? Where is the dignity in this? And yet this is all we know, for the most part. Reactivity (or ‘like versus dislike’) is not seen for what it is by society – on the contrary, we are encouraged to act on the basis of mechanical attachment. This is what modern life is all about – being reactive, being insensitive, being psychologically unconscious. Anyone who doubts this need only look around at what is going on in the world.

Everyday life is all about playing the brutal and pointless game that we have been told we have to play and not ever asking ‘why’? This brutal and pointless game is what we call society, which is really nothing more than a system of mechanical (i.e. insensitive) interactions between human beings in which certain assumptions about what life is about get endlessly repeated. The mechanical versions of ‘who we think we are’ get promoted and rewarded, whilst any sign of the truth emerging is crushed underfoot. The ‘truth’ that we are talking about here is very easily explained – the truth that is constantly being covered up is that we are not who society says we are.  We are not who we are treated as being; we are not who are being pressurized to be! This is the most revolutionary understanding there is or ever could be, as Krishnamurti says.

Society (or ‘mechanical life’) is about one thing and one thing only – never examining what our assumptions about life are. If we were to examine our assumptions then everything would change all by itself – there would be no need for aggression, no need for violence. That’s the way true change always happens, after all. This type of spontaneous change is however the one thing we are simply not interested in…