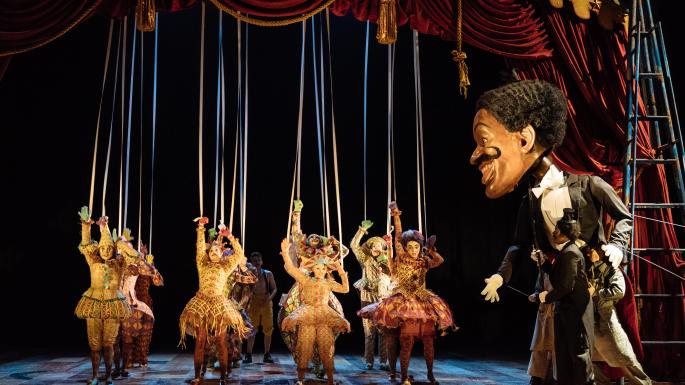 The intelligible universe is embedded in suchness, which is in its essence profoundly unintelligible. Suchness is not something that the analytic mind can ever hope to make sense of.  It is because we cannot make sense of suchness that we have no time for it – it is of no use to us, and because it’s of no use it is also of no interest to us. We hardly ever pay any attention to suchness; we are habitually inattentive to it and so it seems to us that the universe is in its actual core nature is intelligible to us, even though this is not the case. We feel that the universe – and the fact of its existence – ought to be something that can be (and one day will be) accounted for by some theory, some dry formula…

The intelligible universe is – we might say – made up of hard shiny tiles, or paving slabs, or perhaps concrete blocks making up a solid structure, whilst suchness is to be found in the cracks in-between them. Suchness is to be found in the interstitial spaces, therefore. If we were to look more deeply into this cracks, these interstitial spaces we would discover that they all link up and make up actual Reality, whilst the concrete blocks or paving slabs that we make so much of are nothing at all, when it comes right down to it. They only appear to make sense, as a kind of reflection of the mind that is making sense of them.

It is an odd thing therefore that what we consider to be the only important or meaningful aspect of the world isn’t actually an sort of aspect of anything at all but only is – in truth – nothing more than the echo of our own unexamined assumptions about what the world supposedly ‘is’. Suchness – the idea of which seems so insubstantial, ridiculous and fantastical (if indeed we ever get to hear about it in the first place) is the Whole of Everything, whilst the structural/logical aspect of the world that we place so much stock in (and which as we have said is the only aspect we recognize or acknowledge) is no more than a highly aggressive (and contagious) hallucination…

The thing about the intelligible aspect of the universe which allows it to play such an overwhelmingly dominant role in our subjective experience of life (which allows it to totally eclipse any awareness of the actual suchness of reality) is that as soon as we start engaging with it at all we automatically start to construct our idea of ourselves in relation to it. We cut a picture of ourselves out of the same cloth, so to speak – we make ourselves concrete and intelligible in just the same way that we have made everything else ‘concrete and intelligible’.

So – just to go over this last point again – it is by allowing the intelligible aspect of the universe to ‘take over’ in the way that it does (if given half a chance) that we pull of the trick of creating the concrete or defined self.  Or to put this another way, it is by choosing or selecting our own subjective experience of the world that we bring down on ourselves the very strong (overwhelmingly strong) sense of being this ‘me’, the sense of being this ‘everyday common-or-garden compartmentalized self’. I ‘get to be me’ by the very simple precedent of selecting my own reality, in other words!

It’s no wonder we’re all so keen on maintaining this key element of ‘choice’, therefore. It’s no wonder that we think that ‘staying in control’ the whole time is such a great thing! Whether we like to see it or not – and we don’t – we’re all hardened control freaks at heart and the reason that we’re all hardened control freaks (the reason we’re all so uptight) is because controlling things, and keeping everything within narrowly defined parameters, is how we get to maintain the concrete self-construct in the face of unrestricted openness.

By the same token we could also say that the reason we’re so averse to perceiving the suchness of the world, the suchness that everything is embedded in, is because that would fatally undermine our belief in that prosaic self-construct. Suchness is what we see when we relax and allow the world around us to open out a bit and show to us those mysterious aspects of reality that were not previously selected by us by the narrow mechanism of our habitual prejudices. Suchness is what we discover when we see beyond the suffocating cocoon of our own ‘self-reflection’ and perceive instead something of the non-subjective (or impersonal) nature of actual un-manipulated (or open-ended’) reality.

‘Impersonal’ tends to sound disagreeably cold to us; how we usually understand the word is in terms of someone who is uncaring, unfeeling, lacking in any human qualities. The quintessentially ‘impersonal’ nature of the world around us is not cold, uncaring or unfeeling however. Actually it is the narcissistically self-involved ‘self-concept’ with all its fear-driven controlling that is cold and unfeeling. Suchness is impersonal simply because it is not out own construct, our own psychological projection. ‘It’s got nothing to do with you, if you can grasp it…”, sings David Bowie in The Man Who Sold The World.

When we unconsciously select our own subjective reality by projecting our own private, personalized meaning on everything (the world around us and all the people in it) then the result of this operation is that there is no suchness left – the result is that we live in a suchness-free universe. And because there is no suchness in our environment this means that this environment is effectively dead – no suchness means ‘no real life’. Our own version of reality – which we aggressively impose on the world – isn’t reality, it’s just our own fearfully closed mind reflected back at us from all sides. We’ve ‘turned away from the truth’ and all we have left to relate to are second-hand shadows, just as Plato relates in his famous ‘Analogy of the Cave’.

When we’re in the cave looking away from reality instead of towards it then very clearly this isn’t a happy situation. It’s not a situation that has any possibilities in it. When we’re trapped in the bubble of self-reference (or ‘self-reflection’, as Carlos Castaneda calls it) then we obtain this very reassuring and comforting ‘familiar feeling’ to everything, but the flip-side of this is a latent feeling of deadness, a latent feeling of ‘disconnectedness’ from life. We feel disconnected because we are. This quality of deadness / disconnectedness / hollowness is an inescapable part of the life of the self-construct. This quality of ‘deadness’ actually is the self-concept!

We hold onto the pain-producing self-concept harder than we hold onto anything; actually, we don’t hold onto anything else! We don’t hold onto anything else because nothing else provides us with the feeling of familiarity that we want so badly. We hold onto our sense of disconnection (or separation) from the world because that’s where our sense of security lies. When we talk about mental health or mental wellness we’re talking about the mental health or mental wellness of the self-concept, therefore. But any talk of ‘mental health’ when we’re talking on behalf of the self-concept is only a joke, only a farce, only a charade. It’s a kind of ‘double-speak’, when it comes to the dark pantomime which is conditioned existence. What we’re really wanting – when we’re living the lie of conditioned existence – is of course to ‘have our cake and eat it’. We want to stick with the defined image or concept that we have of ourselves but at the same time we want the pain of the disconnection / separation from reality that comes with it to be taken away! This is our fantasy – that we can have the security of looking out at the world from the self-concept but not the suffering that identifying with the self entails, the suffering that comes as ‘part of the package’.

This situation of only ever relating to our own subjective ‘customized / personalized’ version of reality – which is the ‘intelligible reality of normal everyday life’ – is actually a prison for consciousness. It’s a prison for consciousness precisely because everything is intelligible, precisely because everything is either ‘known’ or ‘knowable’. Every question we might ask – like a curious child – is met with a definite answer, which is very much like being hit on the head with a big hammer as a punishment for daring to be so curious! Curiosity is a sin, as far as everyday (or ‘conditioned’) life is concerned!

All of these definite, concrete answers to our questions about the world aren’t actually helpful or valuable to us – they’re just blocks or obstacles. They’re just a brick wall that has been placed between us and reality. The definite answers (i.e. the positively-defined mind-produced reality) is what we referred to at the beginning of this discussion as the ‘tiling’ or ‘paving’ that covers over reality. That tiling or paving (the ‘cognitive overlay’) is very useful for producing the sense of a separate self that we are so attached to (and that might be seen as a big ‘plus’) but at the same time as creating this concrete self it also brings about the unbearable suffering that comes with ‘life as this separate or disconnected self’ – and this suffering is what we are always trying (unsuccessfully!) to escape from. We might be forever trying to escape from the pain of conditioned existence (which comes from living exclusively in the mind-created reality) but that ‘desire to avoid suffering’, intense as it might be, does not mean that we are willing to stop ‘ignoring suchness’. Our intense antipathy to pain and suffering doesn’t mean for a moment that we are willing to look beyond the tediously-defined mind-produced world, and take an interest an interest in what the world might look like when we AREN’T looking at it from the ‘spurious vantage point’ of the unreal self!