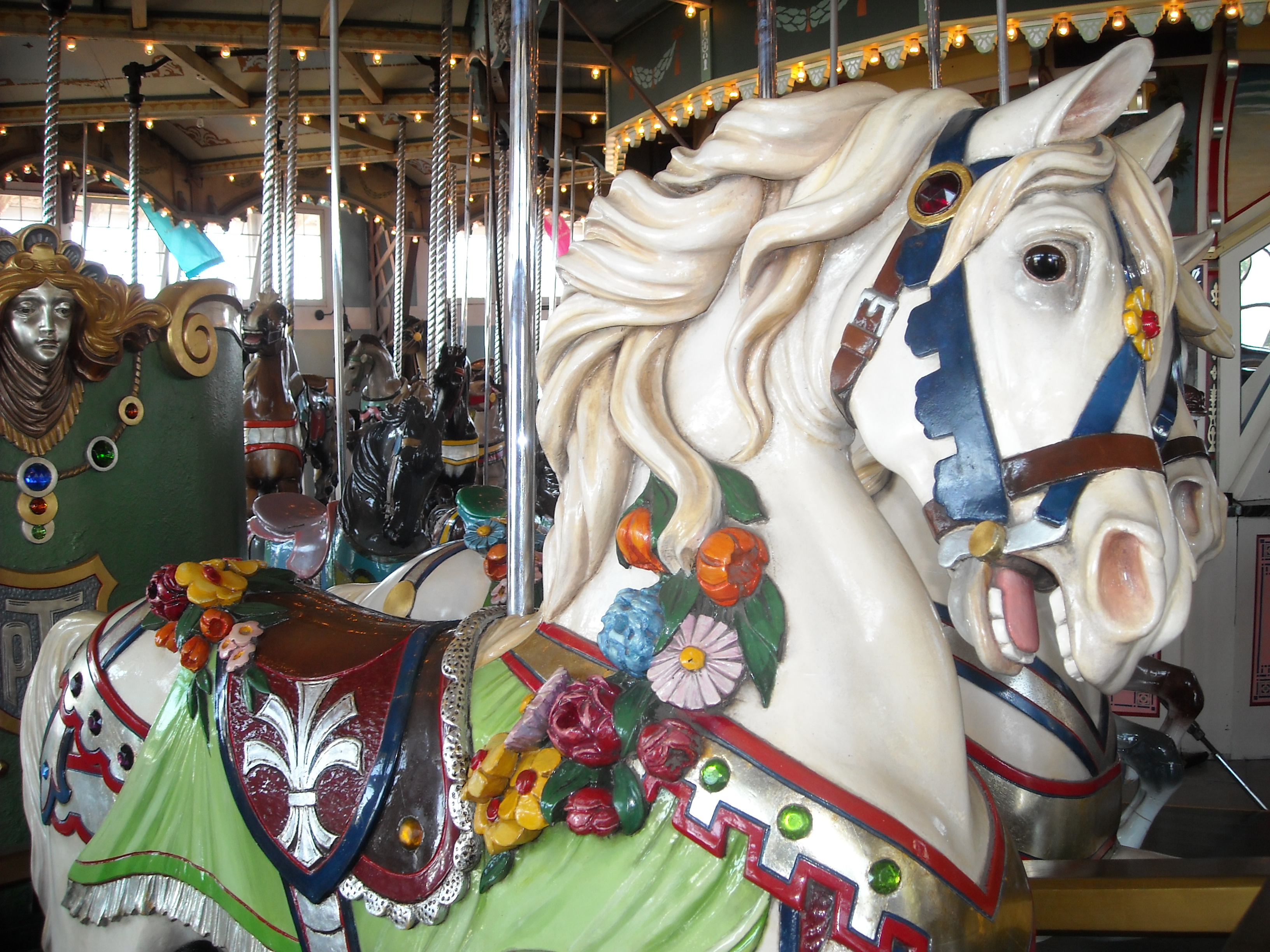 Suppose we never became aware of the self-construct (which is the same thing as becoming aware that it is untenable), what then? What happens next? Very clearly, if we never became aware of the self-construct, via the pain that it always brings about, then we would ‘carry on the same as always’ – we are bound to carry on not seeing the self-construct, and so we are also bound to carry on living life on this untenable basis. The status quo would go unchallenged and nothing interesting (or ‘real’) would ever happen to us. Nothing real / interesting would ever happen to us since the only time we can ever glimpse life or genuinely be a part of it is when we see beyond the self-construct and its ever-proliferating projections! Nothing else can be counted as ‘life’.

The ideal situation for the SC would be where it never does encounter any unpleasant mental pain or discomfort but this of course never happens!  As a consequence of things never really going the way it wants them to therefore, the SC has to spend a lot of time (or sometimes all the time) trying to evade pain and pain-producing situations, and ‘managing’ them when they do. Ideally, it would like to ‘solve’ them; then next best thing would be to ‘manage’ them. ‘Solving’ and ‘managing’ are its two favourite words! Managing the emotional / mental pain means putting a spin or interpretation such that it does not invalidate the SC.

The SC treats / responds to mental pain as an insult in other words, and this means that it has to excuse or defend itself in some way – it either has to say why the insult shouldn’t have come its way or it has to turn the insult back on someone else so that they get to be invalidated rather than it. Someone else always deserves to feel the pain rather than oneself, in other words! So to explain this in a more familiar idiom, this means that the SC will be spending most of its time (apart from the odd occasion when it gets its own way) either complaining about its situation or blaming / getting angry with other people…

There is another variation on this and that is where the SC does the opposite of justifying or excusing itself and responds to mental / emotional pain by blaming itself and perceiving itself as being defective or culpable in some way. The pain it is experiencing is its own fault and it cannot on this account forgive itself for this. This then means that the SC not has to bear the original pain but also the vicious lash of its own unforgiving self-recrimination. There is not only the original ‘insult’ but in addition to this (as if this original insult were not enough) the SC also insults itself for being insulted in the first place when it should have done something to prevent this. Instead of the pain being ‘acted out’ therefore, it is internalized.

All of this ‘pain-displacement activity’ is for the sake of preserving the integrity of the SC that has been insulted. Both responses work equally well in preserving the integrity of the SC because either way we aren’t ever going to ‘question the self’. No questioning or examining of the self is going on here – only ‘automatic pain-displacement’! There is however a third possibility which becomes visible at this point in the discussion and that is the possibility of allowing the validity of the SC to be called into question. Instead of either automatically justifying ourselves or recriminating viciously against ourselves we simply let the pain make us be aware of the SC being there, which is as we have already said the same thing as becoming aware of its essentially untenable nature.

Why is the SC’s position so untenable, we might ask? Is there no way that it might ‘strike the right attitude’ so that it can have its correct place in the world and establish a relationship with reality that is legitimate rather than being ‘untenable’? One way of explaining why this is something that can never happen no matter what is to point at the way in which the SC always does establish a relationship with reality – the way the SC operates is to validate all those aspects of its environment which agree with its way of looking at things and devalidate all the other aspects. It ‘selects its own evidence’ and steadfastly ignores anything that contradicts its central hypothesis (which is itself). Or as Emily Dickinson puts it in her poem of that name, ‘The Soul selects her own Society’.

The very same mechanism operates in all social groups (from the big one such society itself to the very small ones such as friendship groups) where we take care to associate with those who share our outlook (i.e. agree with us) and exclude those who don’t agree with us, those who don’t share our cherished views / beliefs. This is the only way that a group can work – the group wouldn’t hang together as a group otherwise. So the question we are asking is this: “Is there any viewpoint or belief that stands up alone and doesn’t need to be artificially supported or validated by some sort of ‘artificial context’ that we have created for the purpose?” Understanding this point clearly is the key to everything – there is no such thing as a viewpoint or belief that does not need to be supported by ‘selected attention to the evidence’.

Another way of expressing this is to say that there is no such thing as a definite statement about reality that accurately (or exhaustively) describes what it is supposed to be describing. When we put it like this the point that we are making becomes rather more obvious – if it were the case that there could be such a thing as a definite statement that completely describes reality then ‘the statement’ and ‘the reality’ would be one and the same thing and so there would no longer be any actually need for reality. The formal description itself would do perfectly well, which is Jean Baudrillard’s point when he talks about the all-consuming world of the hyperreal which is modern society. If it were the case that the description of (or theory about) the world and the world itself were the same thing (and everything is defined) then there would no space for anything to ever happen. There would be no space left for life since life is quintessentially ‘an unfolding of the new’.

The SC cannot exist in a truly open view of reality, in other words. It can only ever survive in a small world, a circumscribed world, a defined world. It can only exist in the world that is made up of its own narrow prejudices, which is a world of its own creation. This is why we say that the SC is an inherently untenable proposition – it is ‘tenable after a fashion’, it is ‘tenable just as long as we can maintain the narrow little world that is formed of our own unexamined prejudices’ (which is the closed world of our own unconsciously-made assumptions), but when we do this we put ourselves in a state of conflict with the wider reality, which is – needless to say – never the same as our unexamined assumptions / expectations about it! We have put ourselves in a never-ending conflict with reality that will not cease until we drop our frighteningly rigid requirement that ‘reality ought to be the same as our ideas of it’.

In summary therefore, the SC is a tenable proposition just so long as we maintain a ‘closed or shut-down version of reality’ for it to exist within, but this is no good because a ‘closed or shut-down version of reality’ is itself an untenable proposition! The problem hasn’t been solved at all therefore, merely extended. Maintaining a shut-down version of reality means ‘never learning anything new’, it means ‘fighting change to the best of our ability’, and we all know that this tactic never works! It never works any more than the resolute denial of a truth that we don’t like works – the more resolute we get in our denial the more the thing (eventually) explodes in our face! We’re trying as best we can to hang on to the ‘absurd and fragile make-believe pseudo-world which is the only world we know’; we’re trying to protect and perpetuate our half-baked ideas about reality, which actually have nothing to do with reality at all. We’re actually trying to maintain our own patented ‘shut-down version’ in the face of all the evidence that is contradicting it.

This endeavour – even if it may seem to be working for us on the short-term – is always going to prove untenable in the longer term and the way that this ‘untenability’ shows itself, as we were saying at the beginning at this conversation, is through the emotional / mental pain that we always see as having no helpful function at all. The ‘helpful function’ is that the pain we are experiencing brings us awareness of the way in which we are ‘putting all our money on the wrong horse’. The ‘wrong horse’ is the self-construct, which is the narrow and artificial perception that we have of ourselves, the narrow and artificial view of ourselves on whose behalf we are attempting to live our lives. All of our energy, all of our dedication, all of our resources is going in completely the wrong direction. This doesn’t mean ‘wrong’ in any big ‘moral’ sense, just ‘wrong’ in the sense that we are creating more and more suffering for ourselves, when this is the very thing that we are trying to avoid!

It is perfectly natural to resent and resist life’s sufferings when they come along, and then try to solve / fix / manage the mental or emotional pain that arises for us in these situations, and this is (almost) always going to happen. It is a rare thing to come across someone who can meet trouble with serenity. But even as we struggle against our pain, and react so as to try to control or contain it, there is always the possibility to see – with calm and clarity, and also a touch of humour – that the very pain which we struggle against is also the thing that is going to free us from the sterile prison of the self-concept, and that this painful process of ‘being freed from illusion’ is happening as a result of some sort of grace that is falling upon us, even though we don’t want it and are fighting tooth and nail to avoid it…