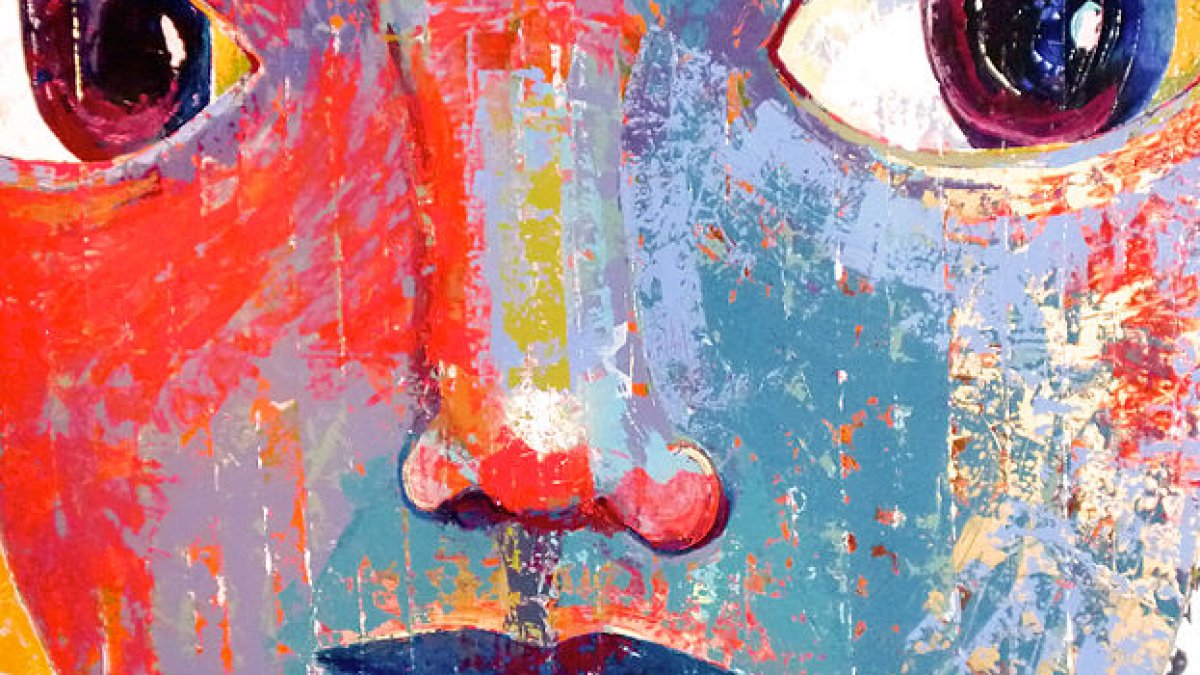 The rational mind – which is our way of knowing about the world around us – sings only the one song to us, and it sings it over and over again. We think that this mind of ours is telling us accurate and useful information about the world, and – up to a point – it usually is, but along with this function it is doing something else that is too subliminal for us to be able to pick up on – it is singing this very repetitive ‘siren-song’ for us, a song that is keeping is very effectively trapped.

What is this song then? What kind of a song is it? The first point that we could make is to say that it isn’t really very much of a song – it isn’t exactly what you would call ‘melodious’. What it is is an ‘affirmation’, or a ‘confirmation’. There is a starting-off point, a type of a basic assumption, and then thought confirms this assumption over and over again, come what may. Thought always confirms this starting-off point of ours – that’s all it ever can do.

What then is this ‘song’ that the thinking mind keeps on singing to us over and over again? What exactly are we on about here? Talking about affirming or confirming our basic assumptions is one way of putting it but this is rather dry and intellectual. It is somewhat removed from the realm of human experience – it doesn’t really make that much sense on a personal level. So if we were to use more everyday down-to-earth terms what we’re talking about here is the ‘feedback’ that tells us who we are…

The ‘song’ of the rational mind is all about affirming that we are this self, in other words – this self that we started out thinking we were. Everything we think – without any exception – tells us this basic message. There isn’t a thought that we ever thought that didn’t affirm the existence of the thinker that thought the thought! It never happens that we discover anything else through thinking. This then is just another of saying, as Krishnamurti says, that the thinker and the thought are one.

It is therefore entirely misleading to say, as we always do say, that the thinker creates the thought! It would be more accurate, more to the point, to say that the thought thinks the thinker (or that ‘thoughts think us’). The thinker is a construct of the thought; thought goes on, thought happens and then we assume (and identify with) the one who is responsible for thinking the thought. But the truth of the matter is that thought isn’t causally and volitionally produced by some autonomous ‘thinker’ – that isn’t it at all! As David Bohm says, the perception that we are there in the driving seat (or the ‘thinking seat’), freely deciding to think this or that thought, is an illusion produced by thought. This illusion comes as ‘part of the package’ – thought tells us that we are thinking the thought when actually thought is thinking us…

Sometimes we call the song of the thinking mind ‘the personal narrative’. The personal narrative – which is the ongoing story of ourselves that thought spins for us – can go one of two ways – it can make us feel good about ourselves or it can make us feel bad. It can be ‘positive’ and it can be ‘negative’ (as we commonly say). Naturally we see this as being an ‘all-important’ difference – we actually see it as the all-important difference – but when we look at it from the perspective that we have been exploring here in this discussion we can see that it doesn’t matter at all which way around the personal narrative works – it is confirming our basic assumptions either way.

It makes no difference what type of song the rational mind is singing to us – it doesn’t matter whether it is making us feel good or feel bad, whether it is optimistic or pessimistic, whether it makes us love ourselves or hate ourselves – it is the same either way because either way we’re being told that this thinker, this ‘decider’, this ‘enactor of purposes and goals’ is an actual real bone fide ‘entity’ in its own right and not merely an artefact of the thinking mind. The mind-created self is being reified in both cases in other words, one way positively as ‘the winner self’ and the other way negatively as the ‘loser self’, as the ‘failed self’.

The song is always telling us that we are either doing well or not doing well, that we are either winning or losing, and this is an entrapping message for us to take on board because both ways we get tricked into identifying with the mind-created self. This is a difficult point for us to understand of course because we are so very identified with the MCS that the notion that this is not who we are is frankly incomprehensible to us. We have no way of grasping what that means. It is as if we are sitting there in our living room in our favourite armchair (in our only armchair) and we have somehow become so extraordinarily habituated to sitting there (watching TV or whatever) that we can no longer see ourselves as being essentially different to and independent of this deeply familiar armchair of ours. We’ve forgotten that we have the possibility of acting independently from it, we’ve forgotten that we have legs and that we can have the ability to get up and walk freely around the place!

This might seem like a very far-fetched and not particularly plausible analogy but it is all the same exactly our situation with regard to the MCS. We’ve just got lazy! The MCS is, when it comes down to it, nothing other than a viewpoint, nothing more than a static position that we have gotten used to, nothing more than a set of assumptions that we can’t see beyond anymore. We stood in this spot so long that we’ve forgotten that it is possible to move around, to change our position and look at the world in a different way, see things from a different viewpoint. We have somehow grown into the armchair, our behinds – due to lack of movement – have got stuck fast to the armchair and so now it’s not just that we can’t ever get up out of this all-too—comfortable position, we’ve become incapable of seeing that this is even a possibility.

The ‘problem’ – so to speak – is that the thinking mind always presents everything (its vision of the word) in terms of static viewpoints, whilst the nature of reality itself – which is not a category, not a construct of the thinking mind – could be less ‘static’. The principle of reality is, we might say, antithetical to that of thought. This doesn’t means that reality is the ‘opposite’ of what we think it is because opposites exist only in thought, nowhere else. ‘Yes’ is the opposite of ‘no’ but there is neither yes or no in the world itself! The world itself is neither right nor wrong. ‘Yes’ means that the thing fits into the category that we have made and ‘no’ means that it doesn’t but our categories are our own affair – reality itself has nothing to do with our categories. ‘Yes’ and ‘no’ are both equally irrelevant; the thinking mind can’t actually relate to reality, in other words. It has no terms for reality – it has no terms for reality because reality doesn’t have any ‘terms’…

Reality has no place within the static framework and neither do we. How could we have possibly imagined that it does, or that we do? How could we have been that crazy? We are so very used to seeing and understanding everything in terms of the static framework of thought that we just can’t ‘get it’ that this is a wholly artificial (and therefore fundamentally misrepresentative) way of presenting the world. A good way to look at this is by saying, as Alan Watts has done, that the universe isn’t a noun (i.e. a subject or an object in the sentence) but a verb. The universe, in other words, is ‘a happening not a thing’. The verb (e.g. running, jumping, loving, laughing) can contain nouns but it is not produced by them. There is no one doing the running, the jumping, the loving, the laughing, there is just the ‘happening’ of it. There is the happening of the happening and that is it. ‘The verbs are verbing’,as David Mermin says here (quote taken from Jason Silva’s short video):

Matter acts, but there are no actors behind the actions:the verbs are verbing all by themselves without a need to introduce nouns. Actions act upon their actions. Properties are all there is. Indeed: there are no things.

There is therefore no isolated or abstracted entity there in the background causing the happening to happen – that’s just an erroneous perception caused by the way thought works. ‘God is a verb‘ as Buckminster Fuller says!To quote Piet Hut, professor of astrophysics at the Institute for Advanced Study in Princeton:

No thing exists, there are only actions. We live in a world of verbs, and nouns are only shorthand for those verbs whose actions are sufficiently stationary to show some thing-like behavior. These statements may seem like philosophy or poetry, but in fact they are an accurate description of the material world, when we take into account the quantum nature of reality.

In the same way then we can say who we are is a verb not a noun, not a subject or object. Who we are is a happening, with no one ‘making it happen’. We are actually the very same happening as the universe – there’s only the one happening happening, not a whole bunch of them, not a collection of them! How could there be any ‘separate happenings’, anyway? ‘Separation’ belongs only to the world of things – separation is what makes things into things. In the Great Happening which is every-‘thing’ there is no separation. In the Great Happening which is everything there are no things! As Bodhidharma said one thousand five hundred years ago, ‘From the very beginning, not a thing was’. There never was any ‘thing’ – it’s only the rational/categorical mind that says there was. Even though there never was any ‘thing’, the rational mind keeps on telling is that there was, and is, and will be. This is its song. The rational mind keeps on telling us that there are such things as things and furthermore, it keeps on telling us that we are one of them!