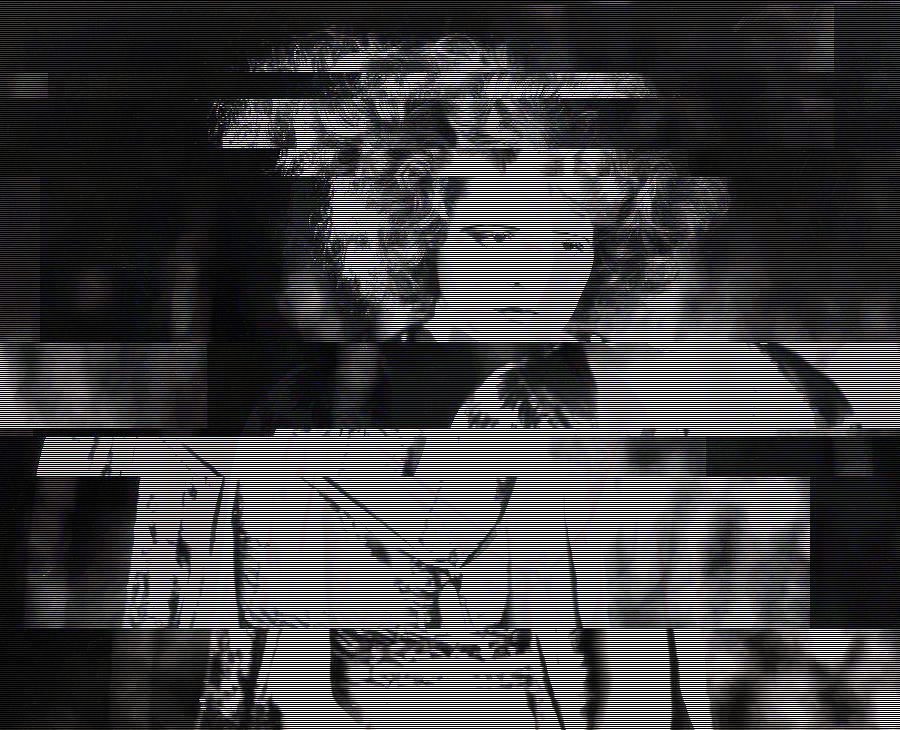 The more we engage with the fast-moving machine that is society the more unreal we become. This isn’t particularly obvious though – far from being obvious, it is almost impossible to see. The type of unreality we’re talking about here is camouflaged; it’s unreality that is dressed up to look like the bee’s knees. It is unreality disguised as ‘the main event’. This is we could say a super-charged unreality – it’s a reality which really does seem to have a lot going on in it, like some kind of a high-speed super-frenetic cartoon. Because there’s so much frenetic activity we think that we are getting somewhere, that ‘progress’ is being made. We think that the machine is actually doing something; we think that it’s actually producing something.

The fast-moving machine that is society doesn’t produce anything, though. What do we imagine that it’s producing with all its activity? What kind of thing is it that the machine – which demands so much labour, so much man/woman-power, for so much of our lives – actually make for us? If we were to look closely we would see that the machine produces nothing but itself – it’s like a closed loop. All its energy (all our energy!) gets used up by the machine maintaining itself, perpetuating itself, promoting itself. As we have said, it’s a closed loop, a pointless, self-validating merry-go-round. We know this well enough – that’s why we talk about ‘the rat-race’. We know well that it’s a pointless merry-go-round; we know well that we are having to run as fast as we can just to stand still. We know it alright but we aren’t going to do anything about it.

We know it but we don’t know it at the same time. We know it but we won’t really admit to ourselves that we know it. We know it but when it comes down to it we’ll deny that we do. The official story is that the fast-moving machine that is society produces a good standard of living for us that we can enjoy. The machine turns over goods and services and these goods and services are supposed to be what gives us a decent standard of living, or whatever other phrase it is that we might use. Somehow, it is assumed that our standard of living is a function of the ‘economic growth’ that is going on in the part of the world where we are living – why this should be so doesn’t make much sense outside the heads of economists or politicians but it’s a dogma that they seem to be able to get away with.

This notion that we need to have a ‘certain standard of living’ – which comes down to ‘the ability to enjoy all the goods and services that society can provide us with, whether we really need them or not – is easily confused with the non-economically defined notion of ‘quality of life’. In practice it is undoubtedly true that we assume an equivalence. It’s not hard to see that the two are the same thing at all however. ‘Standard of living’ – to a large extent, at least – has to do with our ability to satisfy all the various conditioned needs that we have been implanted with – that’s how this thing called ‘consumerism’ works, after all. We are persuaded that we have to have all these things and so if we can’t have them then we will say that we are suffering from an unsatisfactory standard of living. We’re living a ‘sub-standard life’. But to acquire a habit or an addiction and then be given the means of satisfying it does not translate into ‘quality of life’! This is actually a self-cancelling sort of business as we can clearly see – first we create a need where before there was none (for example, the need to own a high-spec Android or iphone) and then we are provided with the means of satisfactorily servicing this need on an ongoing basis. We’d be in the same place after it all if we never had the need in the first place!

This sort of business doesn’t increase or enhance our quality of life at all, as most of us would probably have no problem in admitting. Quite the reverse is true – our quality of life deteriorates (sometimes to the point of being seriously unwell or troubled) as a result of owning buying into the conditioned needs that society brings. What we are essentially doing with our high-tech culture is acquiring more and more attachments and attachments don’t equate to ‘mental health’, even when they are being satisfactorily taken care of! The more attachments we have the more degraded our ‘quality of life’ is going to become. This is actually a good way of describing what QOL – we can define QOL as something that exists in inverse proportion to the number of attachments that we have. Or to express this the other way around, we can say that what we are calling ‘quality of life’ (for the want of anything better to call it) is actually just a way of talking about our essential ‘autonomy’ – the degree to which we are free to be (or express) ourselves without things that have nothing to do with us (attachments or conditioned needs) getting in the way, or getting ‘first priority’. To be alive is to have needs it is true, but our essential needs are relatively few – our ‘non-essential’ (or ‘artificial’) needs have on the other hand multiplied beyond all measure. When we talk, as we do, about the ‘complexity of modern life’ and all the demands that this put on us this is what we are referring to.

The state of being attached (i.e. the state of being in thrall to a host of conditioned needs) substitutes itself very neatly for genuine freedom; it substitutes itself for genuine freedom in such a way that we never notice that any such substitution has taken place. So instead of the freedom not to have anything to do with the attachments (and the deterministic or defined world they create) we see freedom in terms of our ability to service or satisfy these needs. The ideal state of freedom thus becomes the situation where we can satisfy whatever ‘needs’ we have just about as soon as we experience them. If we could satisfy them instantly that would be perfect! In this way ‘freedom’ becomes something that we can only have when we have successfully adjusted ourselves to the artificial world with which we have been presented and are therefore able to operate effectively within. This is – needless to say – very convenient for the artificial world that we are being persuaded to buy into. If we want freedom, then adjusting successfully to society is the only way in which we are going to be able to get it, in other words! The substitution that we were just talking about means that we can’t see that the so-called ‘freedom’ which we are chasing only exists as an artefact or construct of an artificial system, and it itself not a real thing therefore. The ‘freedom’ which we’re buying at such a high price is freedom of an artificial nature and so it really isn’t the bargain we take it to be. We’re buying a dud product. Real freedom isn’t actually a product and it doesn’t cost anything!

So this is why we can say that ‘the more we engage in the fast-moving machine that is society the more unreal we become’. There is no reality without freedom; reality and freedom are two ways of talking about the same thing – if we are compelled / directed / controlled / determined then we are simply no longer real. We are no longer who we are and this means that we ‘unreal’. We aren’t ourselves anymore, we are simply extensions of the machine. Our goals are the machine’s goals; our dreams are the machine’s dreams… To be controlled or regulated is to be defined and as soon as we are defined we have ceased to be real. Instead we have become ‘part of the socially-validated fiction’. Reality cannot be defined; similarly, if I am defined (or ‘regulated‘) then I’m not actually real. I’m lost in a virtual reality world. I’m a player within the game, a construct of the system. And what I’m being defined by are my needs, my attachments. When it comes down to it when we are wholly adapted to the artificial world that society creates for us, then we are our conditioned needs!

Ironically, we regard those who do not engage 100% with society as being misfits and oddballs and eccentrics who have ‘opted out’ of life for whatever reason whereas the truth of the matter is that it is us who have ‘opted out’! We have opted out of reality; we have opted out of reality without even acknowledging that we have done so. We have opted out of reality by opting in to the virtual reality social game that ‘everybody who is anybody’ is playing. We’ve bought into ‘the false self’. We’re looking for a slice of the pie and we think that this is where it’s to be found! Everyone else is looking for the prize here and we don’t want to get left out or left behind. Everyone else is playing the game so the pressure for us to be doing so too (and not be ‘the odd one out’) is absolutely immense. Everyone else is doing it and X millions of people can’t be wrong, surely…

So for this reason we end up unwittingly embracing unreality on a mass scale and shirking the one responsibility that we do have, which is to always keep an eye on the truth and not wander off into ‘illusion-land’. When we wander off blithely into illusion-land then this means ‘losing ourselves’ and if we lose ourselves (if we lose sight of who we really are) then nothing we do can benefit anyone, either ourselves or others…

Image taken from: Cyborgology, in thesocietypages.com