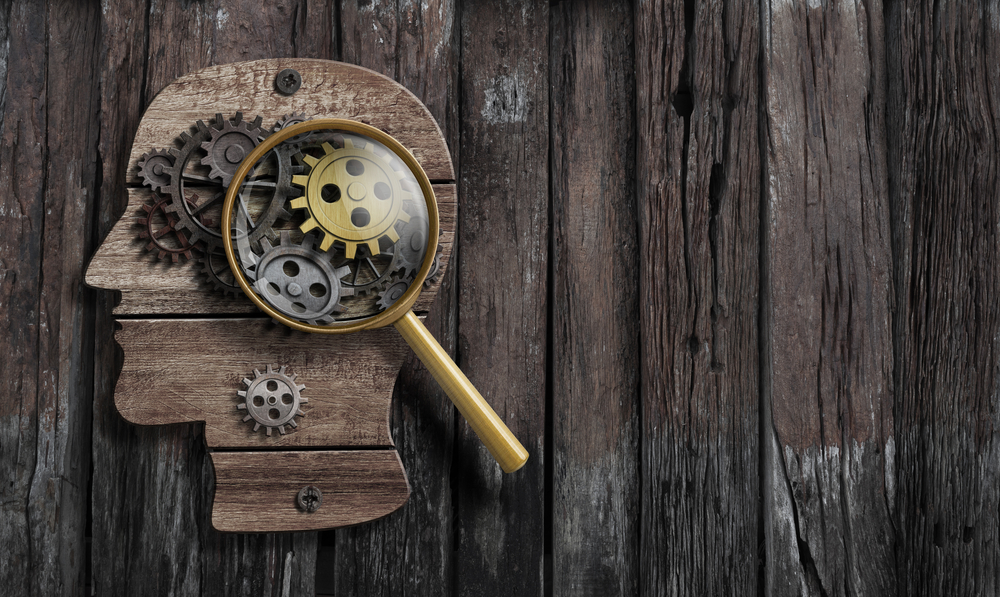 And yet the other side of the coin is that when we really are trying to control ourselves, manage ourselves, et cetera, then all of our focus is on the goal of ‘being in control’, the goal of ‘successfully managing ourselves’, and whenever our attention is wholly upon this goal – or upon any goal – we not being mindful, we are not being aware. When our eye is ‘on the goal’ then it’s all about ‘how great it will be if the goal is attained’ or ‘how terrible it will be if it isn’t attained’ and this is the very antithesis of being mindful, being aware!

Mindfulness is so very often confused with ‘soothing the mind’ (or ‘quietening our thoughts’) but this then is merely another form of goal-orientated behaviour. When we’re engaged in attempted ‘self-quietening’ then we are not actually being aware at all because we are – as usual – fixated upon the two extremes of ‘getting it right’ and ‘getting it wrong’! To successfully soothe or quieten our minds equals ‘getting it right’ and not to do so equals ‘getting it wrong’; we’re busy controlling in other words, and when we’re busy controlling then there is never any time for awareness. There’s no time for life itself, when it comes down to it – ‘life is something that will happen when we successfully control, when we get to the end of our control sequence’, or so we think! First we have to ‘tick all the boxes’, in other words, and then we can live…

It’s not that we think this consciously – is just a kind of a thing we are automatically assuming without ever realising what it is that we have automatically assumed. We imagine that when everything is properly managed, when we get ‘all our ducks in a row’, then we will be better able to let go of our controlling and then ‘kick back and enjoy life’. We imagine that we’ll finally be able to ‘chill out and let our hair down’… We’re assuming, in other words, that ‘controlling/managing’ is somehow a good preparation for ‘letting go’, which is clearly not the case at all. Controlling no more prepares us for ‘letting go of control’ than taking heroin twice a day prepares us for giving up the heroin at some future date!

Quietening our minds isn’t a good preparation for being mindful therefore; it’s just another form of controlling and controlling is a slippery slope to yet more controlling. It’s certainly not a pathway to giving up controlling! And yet if we deliberately try to stop managing our own thinking then this too is ‘managing’, this too is ‘controlling’. So how do we get out of this trap? How do we let things happen naturally? How do we get back into the flow? The key is not falling for the trick that our mind is always playing on us, which is getting us to believe that when we control successfully, then we will somehow be free.

This really is the ‘big illusion’, the illusion that keeps us ‘hooked on controlling’. Controlling is an unfree state of mind – it’s unfree because we are constantly tied up by the need to make sure that the good outcome happens rather than the bad outcome. This doesn’t leave us any space (or ‘freedom’) to do anything else, or to be ‘aware’ of anything else. The goal (i.e. the ‘good outcome’) represents freedom for us and that’s why we chase it as avidly as we do! We are the greyhounds and the mechanical hare is the goal which represents our release from the mechanical (or ‘unfree’) situation that we are unhappily trapped in. The goal is unconsciously associated with ‘the end of all our problems’, in other words, which is clearly ‘wishful thinking’ on an epic scale!

To actually see the absurdity of this is to be free from the power of the illusion, therefore. This simply means ‘seeing things clearly’, or ‘seeing things for what they are’ – our belief is that if we control tightly enough, then through this feat of controlling we will eventually become free, even though controlling (i.e. being constantly subject to the need to control) is the very antithesis of ‘being free’. I’m doing the very thing that prevents me from ever being free, yet I imagine this by investing in it enough (and ‘enough’ here means 100%) then everything is somehow going to work out for me. I imagine, in other words, that the payoff for my dedication, the payoff for my investment, will be the prize of ‘freedom’.

Practicing mindfulness means that we are aware of our mechanical nature (i.e., our constantly controlling or managing or striving) without fighting against it. It’s one thing to have a momentary awareness of the mechanical forces that are controlling us and to immediately try to fight against them, and quite another to be aware, and yet not fight. We are living the unconscious (or mechanical) life, and yet we are at the same time aware in it. We’re living our run-of-the mill everyday life, as who we actually are, in accordance with the way that we actually are, but we’re doing it consciously, with great sensitivity and without lying to ourselves or turning a blind eye to anything. And the ‘key ingredient’ here is that we no longer have this flat unconscious belief that our mechanical behaviour is one day going to ‘pay off’ for us! There is a world of difference between being 100% committed to the mechanical way of life (without even knowing that we are) and ‘going through the motions’ of mechanical existence whilst no longer being 100% invested in the logic of that type of existence.

Normally – as we have said – we have total belief in the efficacy of purposeful or controlling activity to deliver the outcome that we want. Even if we aren’t particularly confident about our own ability to control, we still unquestioningly believe that controlling is the right road to go down, that ‘the instrument of thought’ and the purposeful activity that comes out of it can deliver us the outcome that we want. Even when we are anxious, and have a deep-seated doubt in our own ability to control effectively, and get things to turn out the way we want them to, we are still no closer to ‘doubting the doubt’, which is to say, doubting our unexamined belief that purposeful or controlling activity is the right tool for the job no matter what that job might be. I might be rubbish as a controller, which will I believe will have very bad consequences for me, yet I still don’t doubt that ‘controlling is the way to go’. I don’t doubt that ‘controlling is the way to freedom’. I only doubt myself.

This belief in the power of thought/control is pretty much absolute in everyday life and this is what keeps us unconscious (which is to say, ‘completely under the power of illusionary appearances’). To see with perfect, unstrained clarity that what is most important – which is to say, stillness or ‘inner connectedness’ – can never be attained through thinking or through purposeful activity completely changes things therefore. We are no longer ‘putting all our money on the wrong horse’, which is what is keeping us in the trap of the thinking mind. By pure habit we will of course still be putting a lot of money on that horse, but no longer all of it and that slight difference makes all the difference in the world! That in itself completely changes the dynamic of what’s going on – a little bit of light has entered the picture and nothing will ever be the same again…

Our normal way of being in the world is one in which we are constantly trying to achieve by purposefulness’. To be operating on the basis of the thinking/conceptualising mind is to be contingent constantly striving’, constantly trying to get things to be the right way’. That’s how the thinking conceptualising mind functions, that the way that it has to think to function. Thinking ‘strives’ just as a wheel rolls, just as the pendulum swings, just as an escalator escalates! Certainly it is true that some things need to be controlled, but the most important thing of all – as we have just said – can’t be arrived at via control or via purposeful doing, and this is stillness. We might wonder what is so great about stillness (which is obviously something that isn’t particularly valued in our society!) and the answer is simply that it is through stillness that we connect with who we really are. How important is that? This doesn’t mean that we have to be passive or withdrawn or disengaged – it just means that we aren’t constantly clutching at (or striving for) something the whole time. We’re not striving to attain the whole time, and this isn’t a mark of weakness or indifference! We can act all the more effectively when we are not constantly clutching or straining or striving – the action is much more spontaneous, much more fluid, much more ‘appropriate to the moment’ when we are not driven by ‘attachment’.

We can’t manipulate stillness, we can’t avail of it as part of our ‘overall strategy’ or ‘design’, we can’t make a goal of it any more than we can make goal of freedom. Particular goals are worth may be worth strategising for striving for, but life itself isn’t! Not only is life itself something that we can’t strain for or attain by skilful actions) it’s actually the case that we miss it every time when this is our approach, and when we are operating on the basis of the thinking mind then this – as we have just said – is inevitably going to be our approach. Thought can only ever grasp!