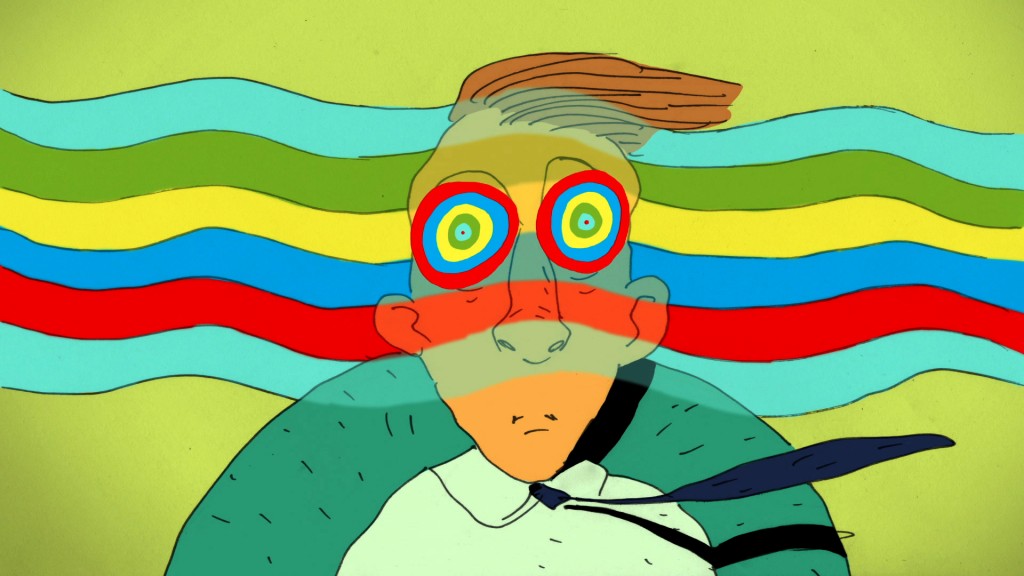 Thoughts are hypnotic, ideas are hypnotic, words are hypnotic – as soon as we think a thought or speak a word it becomes meaningful to us! It didn’t have to be meaningful, however; it’s not ‘stand-alone meaningful’, it’s not ‘meaningful all by itself’… The point we’re making here is at the thought or idea or word wouldn’t be meaningful to us unless we first engaged with it by ‘choosing to look at the world in its way’; we have to ‘buy into the construct’ first and this means making ourselves every bit as small, every bit as petty or narrow-minded as the word or thought is. We’re trapped by our own ‘compartmentalized’ or  ‘black-and-white’ language, in other words.

The same thing holds true for our beliefs (which are of course made up of our thoughts) – we are always bigger than any belief that we might have but when we buy into the belief then the world we live in will shrink down to the size of this belief. We often – if not always – tend to be very proud of our beliefs which is therefore rather odd – we are actually proud of being prejudiced or small-minded! It is very much as if we expect to be presented with a prize or medal (or some other type of honour) for being so appallingly, so mind-numbingly petty…

Any particular thought that we might have will show itself to be ‘meaningless’ (or ‘hollow’) unless we first adopt the very same framework that is assumed by that thought. Another way of putting this is to say that the thought in question only seems to be true when we look at the world in the specific way that makes it seem to be true. As soon as we spell things out in this way then this whole business is revealed as being somewhat ridiculous, therefore – the only thing being that we never do ‘spell things out’ like this! It is in fact profoundly alien for us to look at things this way.

This is the nature of thought – in one way we could say because that thought is a lens that brings specific details into sharp focus; this isn’t quite true however because – as we have just said – the details aren’t just ‘in sharp focus’ because of ‘the lens of thought’, they are only meaningful in the first place because of ‘the lens of thought’! This is the thing that is so very hard for us to understand – that the thought is only real to us because we ‘buy into it’, that the act of ‘buying into the thought’ makes it real. There’s no way to understand this point by thinking about it (obviously enough!) but if only we could get the hang of ‘not thinking about anything for a few moments’ it would then all become crystal clear.

Once we enter into the thought-stream nothing ever becomes genuinely clear – it might seem to be so but that’s only because we have ‘repressed one opposite in favour of the other’. This operation (which is  – as Jung says  – rationality in a nutshell) creates a type of clarity – the clarity of the dogmatist, the clarity of the rationalist, the clarity of the zealot, but this isn’t so much ‘clarity’ as wilful ignorance. Repressing one opposite in favour of the other isn’t wilful ignorance in the usual way that we understand it because we don’t know that we are doing anything, but it is intentional all the same. It is us ourselves who are doing it, rather than some external factor over which we don’t have any control. There is a choice there – we just make it automatically rather than consciously. We ignore the repressed opposite automatically, out of ‘long-standing habit’, so to speak.

Another way of approaching this is to say that when we ‘enter the thought-stream’ the mechanism involved not only supplies us with a prepackaged way of seeing the world, it also provides us with our likes and dislikes on a very basic level – it provides us with our will, in other words, even though it’s not actually ‘our’ will. It only feels like that. We can slip very comfortably into thinking that it is our will that we are exercising – we do sit very comfortably into thinking that it is our will we are exercising. We slip into it so very comfortably indeed that – actually – no one could tell us otherwise. We simply wouldn’t believe them if they tried. We could probably go our whole lives without suspecting otherwise…

This is us being ‘hypnotised’ therefore – this is us being hypnotised by our own thoughts (although, strictly speaking, they are not our own thoughts, as we have just pointed out). To think is to ‘give away all responsibility’, odd though this might sound. It’s as if we are engaging in a type of experiment – the type of experiment that involves pretending very thoroughly to be somebody else, somebody else who we aren’t. Actually we are pretending to be somebody else – the thought is providing us not just with a prepackaged way of seeing the world, but also a prepackaged (or predetermined) way of seeing ourselves. If I am provided with a prepackaged way of seeing/understanding who I am, then it goes without saying that ‘who I understand myself to be’ isn’t the same thing as ‘who I actually am’.

Our words and thoughts are only meaningful in relation to this assumed identity, this identity that thought conveniently provides us with. What we are actually saying here therefore is that ‘the thoughts that the thinker thinks’ and ‘the thinker itself’ are one and the same thing – the thoughts are only meaningful if we assume the existence of the thinker and the thinker, in turn, only make sense as a real thing if the thoughts do so. The fact that we experience our thoughts as being volitional is clearly an illusion therefore – if I assume myself to be the identity that my thoughts are telling me I am then I have no choice but to continue thinking the type of thoughts that make sense to this assumed thinker! I’ll be in trouble if I didn’t because I’ll have to let go of my black-and-white identity. I’m being railroaded here in a very extreme fashion, therefore.

If it were only a matter of us ‘being fed a false reality’ (in a straightforward ‘conspiracy theory-type’ manner) then this would not be such a big deal. But not only are we fed false information about the world, we are fed false information about ourselves too, and so what happens is that our will gets replaced, so to speak, such that ‘the will or volition that we routinely obey’ is the will or volition of who we are told we are, rather than having anything to do with our own actual volition. This being the case, when any impulse or feeling originating in ‘who we really are’ arises what happens is that is that we suppress it or deny it, and do not at any point see it for what it is. As far as we are concerned the feeling or impulse is merely an ‘error’. We have become – as a result of becoming immersed in the thought stream – our own enemies, our own jailers.

This is why Krishnamurti speaks of ‘waking up’ as the ultimate revolution – we can’t rely on anything in the system that we have put in place all around us, and yet this system, this ‘mind’, is all we know. In the world of therapy we hear a lot of talk about therapeutic tools and strategies and models and methods and so on, but the ironic point that very few therapists ever realise (presumably very few) about that this is that it is precisely these ‘tools’, ‘methods’, ‘strategies’ etc, that keep us hypnotised! We imagine, in our innocence, that our tools and strategies and models can be trusted and that they will deliver us from our state of mental bondage that we’re in, and yet the truth is that they were working to betray us right from the very beginning. Strategies and systems are the very thing that was imprisoning us in the first place; the tried and trusted methods we used to fight against the enemy were actually working on behalf of the enemy all along.

Once we see the situation that we are in then we can have sympathy for the mind-set of the conspiracy theorist, therefore. We can see immediately where this all comes from; we can relate to it and – not only that – we can understand the truth of it. We can trust nothing and no one because we are living in a world where everyone and everything is against us whilst pretending to be ‘on our side’. The one thing we trust the most – our own mind – turns out to be secretly against us the whole time. It was working for the enemy. In conventional, contemporary therapy we try to use thinking to free us from our painful predicament, but thinking is the very thing that hypnotises us and causes us to think that we are who we aren’t! Even as we implement whatever strategies it is that we have been given, we do it not on behalf of who we genuinely are (which has been rejected as ‘error’ by the system of thought), but on behalf of the self that we are assuming ourselves to be, the self that our thoughts are telling us we are. No strategy, no method, no model can free us; as Chogyam Trungpa says, ‘There is no need to struggle to be free; the absence of struggle is in itself freedom’.

Image: ‘The brainwashing Of My Dad’, taken from progressivefilmclub.ie