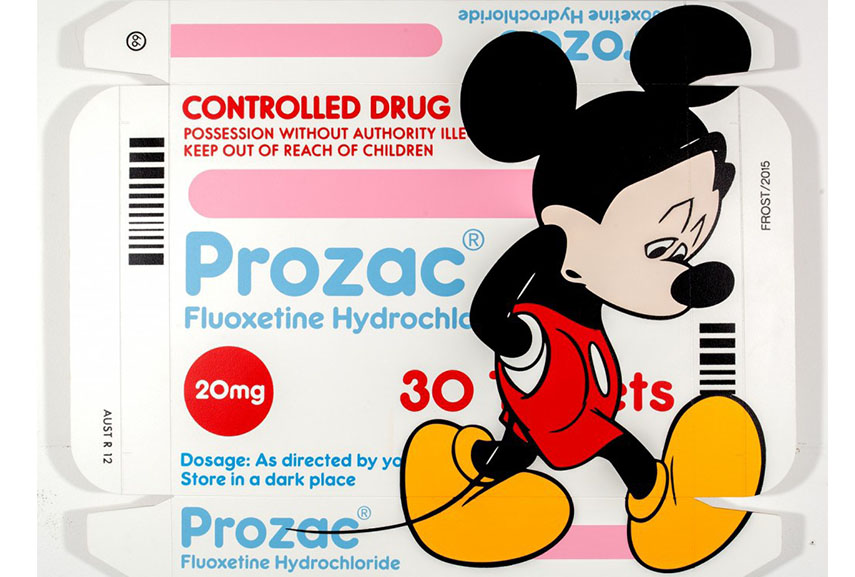 Self-affirmations are part of every ‘mental health tool-kit’ it seems, and yet there is nothing even remotely ‘mentally healthy’ about dutifully repeating self-affirmations. It is actually odd that we should accept this supposedly helpful practice so very uncritically – where the hell does this idea come from anyway, and where is the proof that it actually works?

For some reason the whole area of mental health seems to be one in which we take to heart advice with practically zero critical appraisal. We’re very gullible when it comes to the question of what will or will not help our mental health, which – when we come to think of it – probably isn’t so surprising. We’re very keen to be helped after all, and we’re not so keen to learn about potential ‘flies in the healing ointment’. There are a number of ways in which we could try to show why self affirmation isn’t a legitimate means of helping ourselves. One way is to point out that every affirmation we could ever possibly make is merely ‘a thought’ and no thought is ever true. Thoughts are simply thoughts – they are abstract mental evaluations or statements that we make about the world, and as such they ought not to be confused with the actual reality that they are referring to. It is the fact that we are always confusing our abstract mental labels and evaluation with the reality which they are referring to that causes our neurotic suffering in the first place, so ‘more of the same’ is hardly going to help matters! Yet more thinking isn’t really going to be the helpful thing because it was thinking that got us into the mess we’re in in the first place. The head can’t be used to cure the head, so to speak…

Although we are unlikely to stop and see things this way, when we engage in self-affirmations all we are doing is ‘telling ourselves what we would like to believe’ and this straightway makes the whole endeavour very suspect! Isn’t that what we do all the time anyway, in one way or another? Aren’t we always trying to validate ourselves with our thinking and our talking? The only time we’re not doing this – generally speaking – is when we are criticising ourselves or blaming ourselves or ‘putting ourselves down’ with our thinking and this too is a form of ‘validation’, even though we certainly don’t see it as such. Self-criticism and ‘self-blaming’ is negative validation and negative validation is still validation, despite the fact that it makes us feel bad instead of good.

We’re not very good at seeing this in our Western culture – we’re not very good at seeing that ‘positive’ and ‘negative’ are the two sides of the very same coin. That’s what the familiar yin-yang symbol is showing us – we are all familiar with this symbol but unfortunately we’re not so familiar with the philosophy behind it. The message of the yin-yang symbol is that if we push positive far enough then it will become negative! ‘At the moment of victory defeat is born’, as the ancient Chinese saying has it. We think we’re pretty smart in the West but our thinking isn’t subtle enough to appreciate this point, which is ‘the principle of the identity of the opposites’; very evidently, we simply ‘don’t get it’, no matter how sophisticated we might imagine ourselves to be. We insist on treating the opposites as if they weren’t mutually dependent, as if we can have ‘more of the one without by the same token having more of the other’.

If I keep telling myself (and others) that ‘everything is going to be okay’ this is a positive message for sure but – alt the same time – it straightaway spells a negative message on the unstated level. If I truly believe that everything is going to be okay then I wouldn’t have to keep on saying it, I wouldn’t have to be so extremely insistent on it! “The lady doth protest too much, methinks.” as the well-known line from Hamlet goes. If I keep on loudly protesting my innocence this unfailingly makes me sound guilty. Or – to give another example – if I keep on assuring you that you can trust me, then this very clearly sends the opposite message to the one I want to get across. No one goes around telling people that they are trustworthy unless they aren’t!

Positive affirmations are exactly the same as this, therefore – we’re ‘protesting too much’ and this over-egging of the pudding ought to make us suspicious. It actually does make us suspicious on an unconscious level, and so we are then obliged to do our best to cover up our doubts by being louder and more insistent than ever with our positive self-affirmations! This is the trouble with all so-called ‘positive thinking’, it actually has the very opposite effect to the one we want  and so what happens then is that we actually get caught up in a struggle that won’t ever end. We have unwittingly created a counter-current (or counterforce) to the one we are actively trying to promote and so we then become locked into the very grim business of ‘fighting against the negative’. We get locked into ‘trying to control what we never should have started trying to control’. We get caught up in a fight that we can’t win and what’s so ‘mentally healthy’ about this?

‘Promoting the positive’ is the very same thing as ‘fighting against the negative’ – it’s just odd that we find it so extremely hard to gain this insight. Our whole culture is working against us however, so perhaps it isn’t so odd after all that we can’t see a way out of the neurotic mess that we have created. ‘Promoting the positive’ or ‘affirming the positive’ is a recipe for suffering plain and simple. It’s a guaranteed recipe for suffering – it works every time! If we wanted more suffering then we’d be delighted – we’d be very pleased with the results of our efforts, but the whole point is that we don’t like suffering, needless to say! That’s actually what we’re trying to escape from in the first place, of course.

What we need to understand is that our overly-rational culture is not good for our mental health, and it certainly isn’t qualified to be telling us how to go about obtaining it for ourselves! Mental health is not some kind of defined goal to be reached via our logical thinking, by our technology, by our rational strategies. To go about things this way is always to incur suffering. We try to be clever about it but that isn’t that just isn’t going to work. We’re trying to obtain good mental health by manipulating, by controlling, by ‘fixing’, and that’s like ‘trying to put out a fire with gasoline’. We can’t successfully use the thinking mind as a tool when it comes to mental health because thinking is always about ‘chasing the positive and resisting the negative’ and this kind of thing (which in the East is called attachment) is the very root of our problem not the cure. Attachment can’t cure attachment. Control (which arises from ‘like versus dislike’) is the cause of our suffering and when we engage in positive affirmations we are trying to control – it’s as simple as that.

Of course we’re trying to control – we’re trying to obtain a particular outcome (the ‘positive’ one) and that’s control! So if attempted control doesn’t work – but only in fact makes matters worse) then what’s the alternative? What else can we do? It turns out that there is only one alternative to control and that is to be ‘interested in things as they actually are’ (rather than being obsessively fixated on positive outcomes’). This doesn’t take cleverness or techniques, but simply sincerity, or as we might also say, honest and courageous self-observation. It’s the truth sets us free, not cleverness, not our ability to manipulate the situation. Instead of self-affirmation (which as we have said is an attempt to manipulate) we practice something much gentler and much more powerful. We give ourselves the permission to be the way that we actually are, which is not a form of manipulation, which is not a form of cleverness.

This ‘permission-giving’ isn’t a ‘rational–purposeful’ kind of thing of course – it’s ‘a letting go’ not a ‘holding on’, not a ‘clinging to some mental technique’ type of thing. If it was merely a rational-purposeful thing then we could turn it into a strategy, and that would make it into just another form of self-affirmation. We would just be repeating another ‘meaningless mantra’ to ourselves in the case – we would be changing the formula slightly but that’s all that will have changed. What we’re talking about is the type of thing that comes from the heart and not the head and the problem here is that we’ve pretty much forgotten about our hearts (due no doubt to the relentless pressure to be clever and competitive that we’re all under). We got a bit of a ‘disconnect’ going on in the heart department unfortunately and we can’t really gloss over that fact, no matter how much we’d like to. This is just something that we have to face – the problem isn’t in our DNA or in some ‘error’ in our own personal psychology, it’s in this bizarre disconnected and competitive way of life that we have invented for ourselves…

Our Western culture is a heartless one due to our bizarre and unpleasant emphasis on consumerism and it is also a soulless one (as Jung has said) because of the way we insist on putting rationality on a pedestal. Once we see this however then we are half-way there because we won’t be looking for answers any more from either the disconnected rational mind or our cold-hearted, insincere techno-consumerist society. All we have to do is honestly reconnect with ourselves, which means not trying to control or manage ourselves the whole time in the way that the so-called ‘experts’ say that we should…