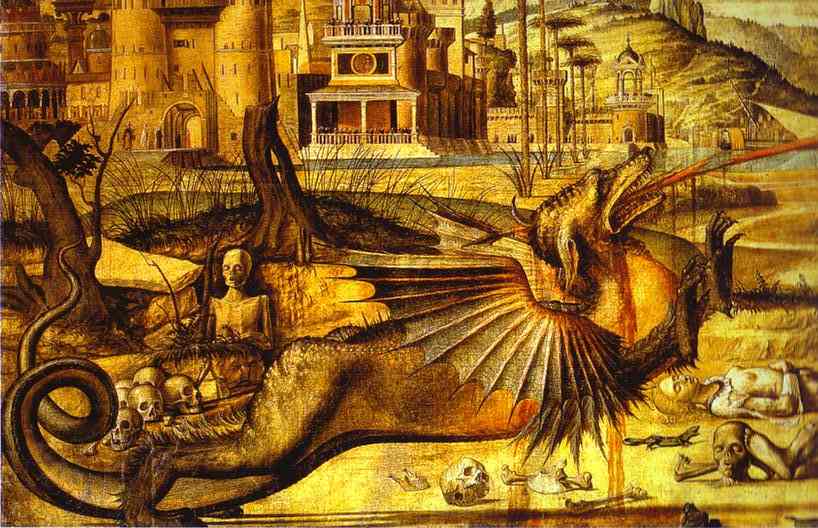 Anyone who is seriously trying to come to grips with what is called ‘therapy’ is always going to come up against the same intractable problem. It’s only a matter of time – everyone is going to find themselves – sooner or later – in the same impossible position. There is actually no way around this! Therapy isn’t as simple or straightforward as we think – it isn’t just a matter of ‘following the therapeutic protocols’ or ‘following the prescribed method’. If we think that it is then we’re never going to get anywhere. If we think that it is then we’re being super-naïve…

What we come up against is a paradox, and the essential form of this paradox is that we find ourselves trying to ‘let go on purpose’. We know that letting go (or surrendering) is the answer, but the problem is ‘how do we go about doing it?’ There is no way to deliberately ‘let go’ because everything we do deliberately is always ‘done for a reason’ and the whole point of letting go is that we aren’t doing something for a reason. The whole point is that that we aren’t acting in order to obtain some kind of desired outcome. How can we be ‘letting go’ and yet ‘trying to obtain some kind of desired outcome’? ‘Letting go’ is letting go – there are no ‘desired outcomes’ – if they were then it would be controlling that we are looking at here, not ‘getting go’.

Instead of talking in terms of ‘letting go’ we could equally well talk about accepting – it’s the same thing. When we ‘accept’ we let go of any idea that we might have of how we would like things to be different. We let go of any idea that we might have of things being different to the way that they actually are. That’s what ‘accepting’ means. Very often we hear of the notion of acceptance in therapy and that’s fine as far as it goes, but the problem comes when there is some sort of implication that we ought to be able to do this on purpose. First we have the idea, and then we put it into practice. ‘Letting go’ or ‘accepting’ is the right thing to do, the smart thing to do, we are given to understand, so we just have to hurry up and accept. That’s what we’re ‘supposed’ to do…

This is a joke however because no one in the entire course of human history has ever accepted because it was ‘the right thing to do,’ because we have gone ahead and made the informed decision to do so’. We can’t accept on purpose any more than we can let go on purpose. When we ‘accept’ we always do so because we are trying to obtain something as a result and if we are ‘trying to get something as a result’ then we are in a ‘fundamentally non-accepting’ frame of mind. We’re not accepting the possibility that we won’t get what we’re secretly trying to get as a result of our so-called ‘accepting’.

We assume that acceptance is a kind of choice that the thinking mind can make – “I choose to accept”, I say. Choice means preference (or bias) however – one thing we want, the other thing we don’t want. One possibility is good, the other bad. When we talk about acceptance in the psychological (or spiritual) sense of the world what we mean however is going beyond preference, going beyond ‘like and dislike’. How then can choice, which is the same thing as preference, take us beyond itself? How do we imagine that this is ever going to work? How can I ‘choose not to choose,’ because that’s what I’m really trying to do here? I can’t use attachment to free myself from attachment, or use the thinking mind to free me from the thinking mind.

Our problem is that we can’t see that there is a big fat paradox there. Most of us – even if we are in therapy, or have been in therapy, for a long time – don’t ever see this. Most therapists won’t ever see this – they will skip blandly over the paradox as if it didn’t exist. How often do we hear in therapy anyone talking about the insurmountable paradox that is inevitably to be found waiting for us when we try to accept on purpose, accept because it’s the right thing to do, or ‘because it’s part of the prescribed therapeutic protocol’? Therapists very rarely talk about paradoxicality. The very existence of the paradox we are talking about makes a complete nonsense of including the notion of acceptance in any psychotherapeutic protocol. ‘Methods’ and ‘paradoxes’ don’t mix! What’s the point of having acceptance as part of ‘what’s supposed to happen’ if there is absolutely no way in which we can go ahead and do it on purpose? And if trying to ‘go ahead and do it on purpose’ has the opposite effect to what we want? What kind of a joke is that?

The reason the paradox remains invisible to us is because is simply because we’re too identified with the thinking mind. The one thing the thinking mind can never see is the paradoxicality that is adherent in its very nature and so when we are 100% identified with the instrument of thought (as we almost always are) then any talk of the logical paradox inherent in the structure of thought itself will remain a profound mystery to us, and it’s not a mystery that we’re in the least bit interested in either! When we’re not consciously aware of the paradox inherent in thought then we are doomed to go on ‘unconsciously enacting the paradox’ in just about everything we do. We are bound to keep going around and around in circles forever, in other words.

In order to be aware of the paradoxicality inherent in thought (or in purposefulness) we have to be – to some degree – separate from the thinking mind. It can’t be our total or exclusive viewpoint; there has to be some possibility of seeing things in a way that is not conditioned by thought. How do we get to separate our consciousness from the rational mind however? Clearly this is just the same paradox all over again because anything we deliberately do in order to (supposedly) separate us from the thinking mind actually ties us to that mind all the more. If we do anything on purpose, as part of some kind of ‘rational design’, then this reinforces the thinking mind. To use the thinking mind is always to strengthen it, after all! We can’t free ourselves from the instrument of thought (and the suffering that it causes) by using that very same instrument, which is nevertheless what we always try to do.

This doesn’t mean that our situation is ‘hopeless’ though – it’s just hopeless if we keep on trying to help ourselves by using the thinking mind! There is – no matter what might think – a process going on the whole time that is acting to separate us from the instrument of thought, and demonstrating to us that we are not this instrument, and this is the process of ‘disillusionment’ (or the process of ‘becoming aware’). Curiously therefore, it’s the suffering-producing activity of the thinking mind which facilitates this process. We might not be directly aware of how using thought to (supposedly) solve of all our problems infallibly results in us being caught up in the jaws of logically paradoxicality, but we get chewed up by these crunching jaws all the same, whether we know what’s going on or not. Paradoxicality with regard to our purposefulness comes down to counterproductivity – we act so as to improve our situation but we improve it instead. We try to escape from discomfort or pain and find comfort or pleasure instead, but things just don’t work out like this. The more we try to be in control of our situation so as to make our lives happier or more peaceful or more secure the more miserably neurotic we become. Cleverness and control never lead us to happiness, and yet we never seem to learn this. It’s as if we are constitutionally unable to learn not to trust the thinking mind in the blind way that we always do trust it – we keep on believing that rational thought can do what it can’t, that it can lead us to freedom and happiness when it never will.

Inasmuch as we are 100% orientated towards believing the thinking mind to be ‘an infallible guide in all things’ then we are constitutionally incapable of learning, but as we have said, there is another force at work apart from our blinkered ‘conditioned will’, and that is the force which acts, persistently and patiently, against our will and in the direction of freedom instead, which is the direction the conditioned mind can never take us. We don’t of course feel favourably disposed towards a process that is bigger than us and stronger than us and which takes us in a direction that we very much don’t want to go in. We don’t like it at all, but when we develop enough wisdom and insight to see this process for what it is then this changes our attitude in a crucial way; we will still fight against the ‘helpful’ process of disillusionment on one level, on a ‘reflexive-level’, but at the same time – on a much more profound level of awareness – we will assent to it, we will be ‘at peace’ with it. We are no longer worshipping our conditioned will (or ‘the conditioned mind’) as if it were the most important thing in the world, as if it were the Divine Source of All Wisdom, and it is precisely this ‘demoting of the autocratic thinking mind’ to a subsidiary position that takes us ‘beyond the paradox of purposefulness’.