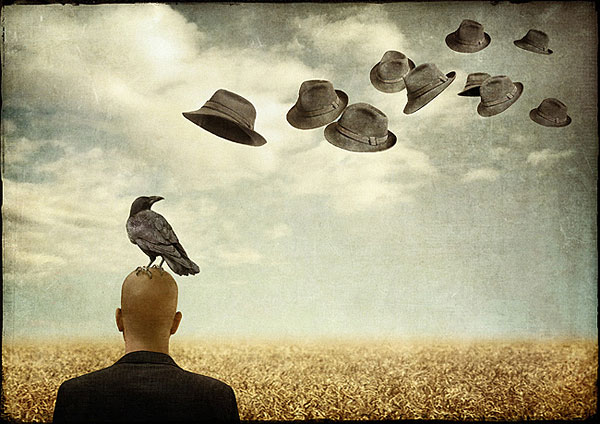 Alan Watts (speaking from a religious perspective) says that we can’t earn ‘the Grace of God’ on purpose, by dint of our efforts or hard work, by obeying the rules of the religion we belong to, or by trying as hard as we can to be ‘good and not bad’. We can’t do a deal with God to say “If I do everything you say you have to give me your grace!” It just doesn’t work like that, as we would see if we took a moment to think about it. Making deals doesn’t come into it. If I imagine that I can obtain God’s grace by doing a deal, by agreeing to do ‘X, Y or Z’, then what this means is that I believe, on some level or other, that I have some kind of control, as I have ‘negotiating rights’, and this simply isn’t true. Clearly it isn’t true – the very idea is ridiculous, as we would straightaway see if we looked into the matter clearly. If we really looked into the matter then we would give up all our games on the spot! We would give up trying to find ‘new and improved games’, which is what we are always doing. We would – in short – give up trying to manipulate the situation to our advantage.

We very rarely do see this however, and that’s the whole point. We don’t want to see it; we have immense resistance to seeing it. This principle is very simple to explain (nothing to be easier) but that doesn’t mean that we going to be able to find anyone willing to sit down and listen to us! Just try explaining the idea that you can’t become mentally healthy ‘on purpose,’ by effort of will’, to a trained professional mental health worker and see how far you get with it! You would be no better off than if you were trying to explain to a Jehovah’s Witness the idea that we can’t be saved just because we’re following all the rules that the organisation requires them to follow in order to be a Jehovah’s Witness. This is true for all religions – there is a great passivity inherent in all religious groups and this passivity derives from the belief that all we have to do to be saved is conform to the given structure. Our willingness to believe this – needless to say – is simply a function of our fear of having to take responsibility for ourselves – we want our ‘salvation’ to come from outside of us, as a result of our unquestioning compliance some external system. Do we really think that we can be saved by uncritically handing over responsibility to what is at root no more than a collection of dead mechanical rules? Can a machine save this? Or will it simply enslavement and abuse us?

This happen to be a very interesting movement – it’s actually the only interesting movement; after all, as Krishnamurti also says, ‘the movement from one known to another is no movement at all’. This is very interesting movement but it’s also not a movement we can say anything about – we can only talk about the known after all. As soon as we talk about this movement we sabotage it therefore, as soon as we think about this movement we sabotage it, and when we practice meditation then what we discover is that we are constantly sabotaging ourselves in this way – we can’t help themselves, it’s a ‘reflex-reaction’ on our part. The movement away from the known happens all by itself – it starts happening just as soon as we stop interfering with it (which of course – as we have said – we very rarely do). When we are ‘practising’ meditation and we notice this ‘movement into the unknown’ then we straightaway get excited, we straightaway think about it. Biased mental activity occurs. The further the movement goes the more excited we get, and the more excited we get the more we think about it! This is because we are invested in this particular movement – that’s the whole reason why we’re putting so much time and effort into meditation after all – because we would like for this movement to happen. This is precisely the glitch however – the keener we are for this movement into the unknown to take place (i.e. the more invested in it we are) the less able we are to not get excited by it when it happens and, as we’ve said, when we get excited we think. It doesn’t really matter what we think  – just as soon as we start thinking (which is to say, just as soon as bias comes into the picture) then we find ourselves right back at square one!

The process only happens when we don’t interfere with it, when we neither want it to happen nor not want it to happen (which is of course the more common situation). The idea that we can – by deliberate act of will – ‘move away from the known’ is clearly nonsensical therefore. That’s the one thing we can’t do! But the point we are making here is that, when we practice meditation, we run into this principle all the time. It’s a basic fact of our experience when we are meditating. This is THE basic fact of our experience when we are meditating – the fact that we are constantly sabotaging ourselves, whether we want to or not. Who can disagree with this? Whoever has ever had any different experience to this? What we learn through the practice of meditation that ‘the movement away from the known’ doesn’t happen because we are making it happen or willing it to happen or in any way tricking it happen. What we learn as this is that this movement occurs despite our efforts, not because of them. When (or rather if) we do learn this then we learned the biggest thing we ever could learn – we have learned that we can’t move towards reality (or towards Wholeness) ‘under our own steam’, as an act of will.