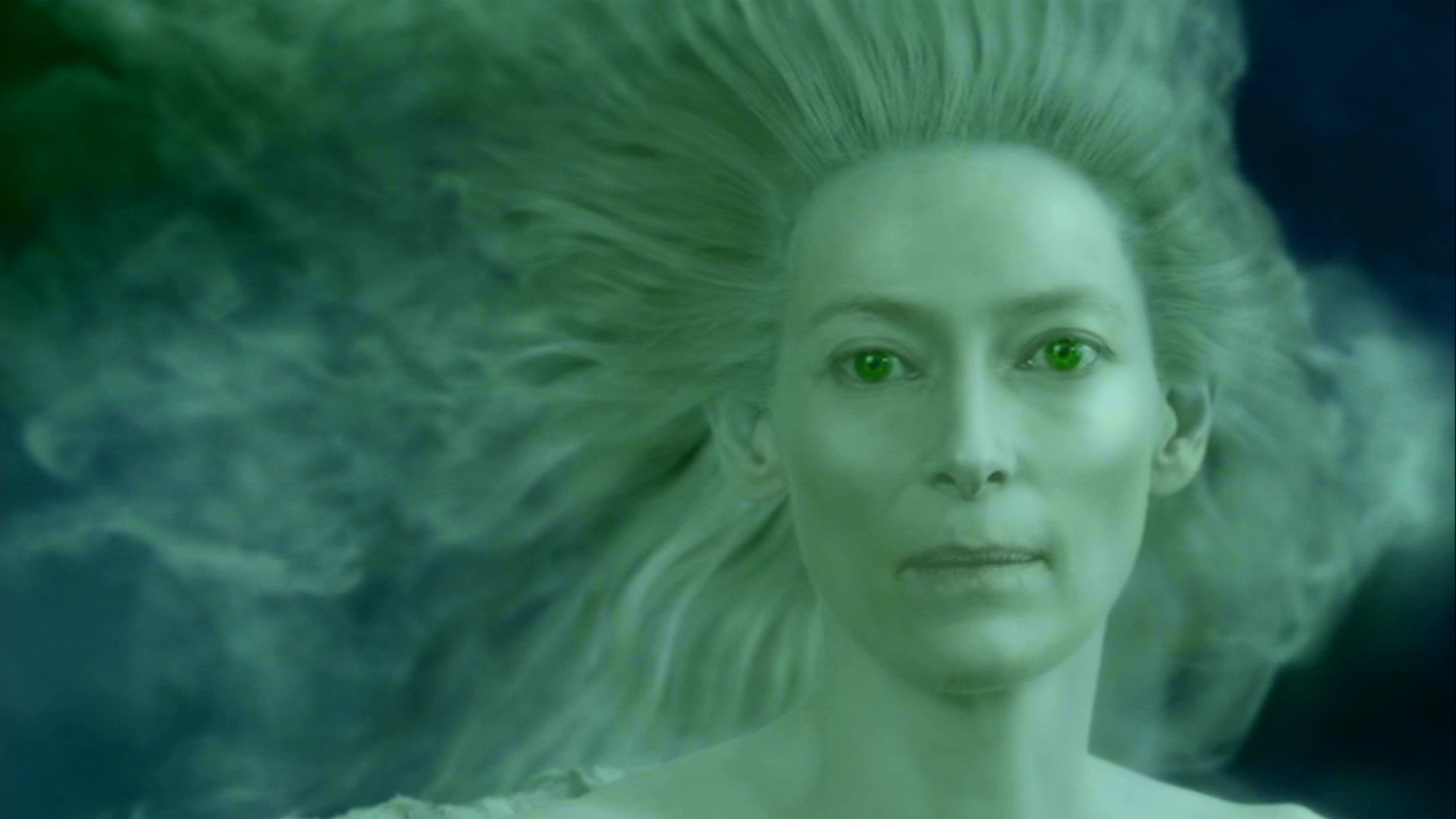 Our fundamental orientation is towards obtaining a sense of security in life and this is another way of saying that our basic orientation is towards illusion. This is of course a rather difficult thing to take on board! How can we take ourselves seriously if this is the case (i.e. if it is the case that we are illusion-lovers rather than truth-lovers’). What kind of relationship would we have with ourselves if we were to see this about ourselves? To say that this would be ‘an uncomfortable awareness’ would be a vast understatement…

This is a kind of trick question in a way however because just as long as we are orientated towards illusion rather than the truth we are never going to allow ourselves to see that we are orientated this way. Because we are almost always orientated towards security (or illusion) we simply aren’t going to be able to address this fact and so our relationship with ourselves doesn’t actually exist; it doesn’t exist because the only type of relationship there could be is an honest one and there’s no honesty here. We could call this a ‘basic principle’ therefore – the principle being that when we are orientated towards delusion then we can never know that we are – the former precluding the possibility of the latter. [This is almost too obvious to say but we will say it anyway.]

When we are orientated towards illusion we don’t know that we are but instead, it seems to us that we are benefiting ourselves, helping ourselves, it seems that we are (at least potentially) progressing in life in a legitimate or meaningful way. If it were the case that the illusion were not an illusion then this story would have a happy ending but because it is there is never a happy ending! It feels good to move in the direction of increasing security but because this isn’t a real thing the feeling that started off being ‘good’ sooner or later turns ‘bad’.

The only way the good feeling wouldn’t turn bad later on would be if our perception of ‘security’ were a real perception instead of a false one and as we keep saying, it isn’t. There isn’t any such thing as security’ (in the ontological sense of the word which is how we mean it) and so the perception – convincing though it might be – can’t be real. There is no such thing as ontological security (or ‘security of being’) because what we essentially mean by it is ‘lack of change’. Lack of change is the one thing we can’t ever have however and this is of course a key principle in Buddhist metaphysics (i.e. the ‘principle of impermanence’). We don’t need to take this principle on trust however – an observation of the world around us shows us that everything is changing – some things quickly and other things less quickly, but either way change is a universal principle!

We can it is true also spot examples of ‘non-change’ ‘when it comes to human behaviour or human cognition and this is the principle of conservatism (or the principle of neophobia (or ‘fear of newness’, if we want to call it that). We hang onto our habits, our opinions and our beliefs for decades on end, perhaps even for the whole of our lives. It is very possible indeed for any of us to become ‘frozen in a moment’ or ‘frozen in time’ in this way – more than just possible it is practically an inevitability. The tendency that we all have to resist change is so well known that we hardly need to go into it – to be human is to fear change. The world may change around us, but that doesn’t mean that we have to…

This might seem therefore to be a contradiction of ‘the Principle of Change’ – the universe (we have said) never stops changing and yet we human beings – very often if not almost always – don’t change at all (not in any important way, anyway). This turns out not to be such a hard puzzle to work out – real things change, whereas ideas (or beliefs) don’t. An idea can go for any length of time without changing – it’s a fixed or frozen type of thing anyway, it belongs to ‘the abstraction realm’ which is – by definition – ‘the Realm of No Change’. It is like Narnia under the spell of the White Witch Jadis in the story by CS Lewis – frozen forever in time, waiting for a Christmas that never comes. This is the Psychostatic World – the World of Recycled Time, the World of Eternal Reruns.

So here we have two worlds which we ordinarily fail to distinguish between – one is ‘the natural world’ – so to speak – (i.e. the world that follows its own inscrutable law) and the other world is ‘the world of our own devising’, ‘the world of our own constructs’, the ‘abstract world’ which we read routinely mistake for the naturally occurring world. In the abstract world there is no such thing as change (since genuine change cannot ever be translated into abstract form) and when we gravitate towards this realm (and define ourselves in terms of it) then we don’t ever change either. This is why we can say that ‘the ego or concrete self never changes’ – because the ego or concrete self is an abstraction and not a real thing. We can optimise ourselves (or our performance) so as to get closer and closer to some abstract standard or value, but optimisation is as far away from true change as it is possible to get. Optimization is worshipping the fixed, the static (even though there is no such thing as ‘the fixed’ or ‘the static’).

When we say – therefore – that our fundamental orientation is towards ‘security’ or towards ‘illusion’, then this is about the very same thing as saying that our orientation is towards the abstract world of our thoughts and ideas. Our ideas about reality inexorably replace reality itself (as Jung says) and so it comes about that this whole sorry business of ‘security-seeking’ becomes a legitimate (and indeed laudable) endeavour rather than an exercise in being totally deluded. Security-seeking becomes ‘the way to go about things’, ‘the reasonable course of action’, ‘the officially recommended behaviour’, and so on and so forth.

This behaviour is two things at once therefore – it’s what we want to do out of our weakness, out of our prejudice, out of our hopeless addiction or dependency, but it’s also what everyone says is good, what everyone says is advisable and right. This is the ‘social collusion’ in a nutshell and this is more the reason why we invariably band together in groups rather than for any altruistic motives. It would be nice to think that human society is predicated upon both practical good sense and altruism towards our fellows but if we see things like this then we’re failing to pay attention to the true situation! What we are really doing when we join a group is to turn our backs on something we don’t want to know about, something we don’t want to be dealing with; there is an aspect to our lives that we don’t want to pay attention to and so what we do is that we get together in order to collectively ignore this key aspect of what it means to be human being. None of us individually want to confront the fact that what we’re doing on a full-time basis is ‘seeking security’ and collectively we are even more opposed to becoming aware of this truth. Whatever chance we might have had of owning up to our blatantly fear-based behaviour as individuals, we have zero chance of acknowledging when we are in a group!

There is difficulty awaiting us both on the outside and on the inside, in other words! There’s nothing we have to ‘do’ as such of course – it’s more a matter of not doing what we almost always do what we usually do, which is to treat our orientation towards security-seeking as if it were some kind of a good thing. We won’t (in all probability) be able to undo the habit of a lifetime and start walking bravely off in the direction of zero security – and head off into the unfathomable mystery of the unknown – old habits die hard, as they say – but what we can do is to start seeing this security-seeking behaviour for what it really is. We see it without automatically legitimising it, in other words. We don’t have to wrestle with ourselves so as to become different from the way that we always have been; there’s no ‘wrestling’ involved here – it’s not a matter of wrestling or fighting and struggling but simply a matter of not blocking ourselves from seeing the truth about our situation in the way that we are so very prone to doing. It can be said that there is a type of struggle involved here perhaps, but it’s not a ‘struggle’ as we usually understand it; we’re not trying to change anything!

This is such an extraordinary thing – to be ourselves as we always are and yet at the same time not automatically align ourselves with the mechanical forces that are governing our lives. When we do align ourselves with the security-seeking mechanical motivations (and all mechanical motivations are security-seeking) then we are nothing at all, we aren’t there – we are in this case profoundly unconscious and ‘the mechanical life’ just happens without us ever being any the wiser as to what’s really going on. It’s a predetermined affair, like clockwork winding down.

It’s not as (we have just said) that we have to fight against the tendency to gravitate towards what we perceive as ‘a state of increased security’ since  resisting resistance to the fundamental uncertainty of the universe is only going to complicate matters even more. That will complicate things to the nth degree. Resisting what’s going on isn’t going to help us; what does help is to see what’s going on – seeing what’s going on straightaway acts in the opposite direction from  identifying with the ‘mechanical’ or ‘equilibrium-seeking’ forces. This disidentification is a gruellingly painful process but it is at the same time a ‘freeing’ one. ‘Wisdom arises as a result of suffering’, says Aeschylus. Or as he says in his play Agamemnon –

Nothing forces us to know / What we do not want to know / Except pain.

Awareness of our mechanical nature isn’t something that comes about because we want it to, because it suits us that it does – this awareness reflects a profound and involuntary change in our inner orientation – instead of being orientated firmly towards the apparent comfort of illusion, the mysterious ‘inner compass’ in our hearts is now pointing in the direction of the truth…