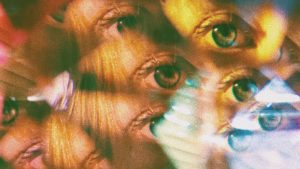 We don’t live in the real world, we live in a collapsed version of the real world. The ‘collapsed version of the world’ is a version that falls short of the thing itself and to fall short of the thing itself is to miss the mark entirely (when it happens to be reality that we are talking about). There are no half-measures when it comes to reality, no partial or incomplete versions. There are no copies or simulations. How can reality ever fall short of being real, after all?

But we don’t live in the real world, as we have said – we live in the collapsed version of it, the skeletal version of it, the dehydrated version (the version which is made up purely of the ‘edited highlights’, so to speak). Instead of ‘the things themselves’ we have sketches of things, instead of genuine emotions we have a wide range of emoticons, instead of actual having an actual honest interest in the world around us we have our dramas, we have our distractions. Instead of butter we have margarine, as P.D. Ouspensky says…

The reason we specialise in distracting ourselves is because to stick with what we have been given (which is to say the collapsed world) is to stick with a world that has no actual content of its own. There’s a deficit there, in other words. We are eating a dinner that has no taste, and no nutritional value either. Rather than seeing this we distract ourselves with our thoughts, with our fantasies – to live in the collapsed world (which is a world with zero actual content) without plenty of distractions on hand is a tough ask! This is a task for heroes, not inveterate escape-artists!

Saying that ‘everything is on the outside’ is another way of saying that we avoid seeing that the CW is devoid of content by distracting ourselves the whole time. We are perpetually distracting ourselves without thoughts, with our fantasies, and that way our (conditioned) existence seems to be actually viable. There seem to be actual possibilities there and this promise of possibilities keeps us going, even though the plain fact of the matter is that these promises will never come to anything.

The promises we get excited about could never come to anything because the one who is getting excited by these promises, motivated by these promises, is just as ‘content-free’ as the collapsed world that it is living in. The CW is hollow and when we construct ourselves in relation to this world, so are we. The CW is a crude, two-dimensional sketch provided by the thinking mind and so are we who live in that world, so are we who are defined in relation to that world. On the one hand we could say that the ideas we have about the world are hollow, and on the other we could also point out that the thoughts we have about who we are within the context of this imaginary world or equally hollow, equally imaginary.

If we could see this then we would also see that the ‘imaginary seeker’ plus ‘the imaginary things that the imaginary seeker is seeking’ together constitute a null world. We would in other words see that there are no possibilities here, no matter how hopeful we might be in this regard. In our culture, we value ‘positive thinking’ and ‘looking on the bright side’, but no amount of positive thinking can swing this around! No amount of positive thinking can improve our chances of getting somewhere in a null world since our positive thoughts are every bit as null as our negative ones!

For us to actually see that our world is a null one would be a supremely difficult thing. No one wants to see the Nullity. The Nullity is not a pretty thing – it is the burial ground of all our hopes! No one wants to see that the Collapsed World has no content, despite all our fervent hopes and expectations to the contrary – this is after all the same as saying that the treasure box which we have always believed to be full of gold and jewels and all sorts of good things is in fact completely empty and always has been! We don’t want to see that we have been deceiving ourselves all this time. The fear of just how bad we will feel when we make this discovery puts us off, naturally enough – we would rather continue not knowing, we would rather continue believing in something that just isn’t true!

If our whole life is built upon suppressing or repressing what will be (to us) a very nasty surprise indeed then finding the willingness within us to be surprised by this surprise, the willingness to be caught out by it, is the least likely thing that he’s ever going happen. This particular revelation isn’t just ‘bottom of the list of things we want to find out about’, it’s the one thing that we are going to try our hardest to make sure we never do find out about, no matter what. Our lives will be – in fact – totally determined or controlled by our (unacknowledged) need to prevent this most unwanted of discoveries ever coming our way. This is what conditioned existence is all about.

What we are orientated towards in this life that is based on denial is the good feeling that comes when we are successfully able to hide away from the awareness of what is really going on. We are orientated towards the good feeling that comes with forgetfulness, the good feeling that comes with unconsciousness, and this orientation is what necessitates us ‘living on the outside when actually there isn’t an outside’. This is what causes us to crave distraction in the way that we do. The only way to turn this sad situation around would be to reverse our orientation therefore, so that instead of being ‘overwhelmingly interested or absorbed in the pleasure of forgetting’, we get to be interested in the pain of waking up, the pain of remembering, instead. But who is ever going to be interested in that?